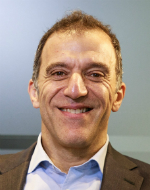 Dr Ian Walden is Professor of Information and Communications Law and was Director of the Centre for Commercial Law Studies from September 2018 - September 2022. His publications include Media Law and Practice (2009), Free and Open Source Software (2013), Computer Crimes and Digital Investigations (2nd ed., 2016) and Telecommunications Law and Regulation (5th ed., 2018). Ian has been a visiting professor at the universities of Texas, Melbourne and KU Leuven. Ian has been involved in law reform projects for the World Bank, European Commission, Council of Europe, Commonwealth and UNCTAD, as well as numerous individual states. Ian was an ‘expert nationaux détaché’ to the European Commission (1995-96); Board Member and Trustee of the Internet Watch Foundation (2004-09); on the Executive Board of the UK Council for Child Internet Safety (2010-12); the Press Complaints Commission (2009-14); a member of the RUSI Independent Surveillance Review (2014-15); a member of the Code Adjudication Panel at the Phone-paid Services Authority (2016-21); a member of the European Commission Expert Group to support the application of the GDPR (2017-21), and a Non-Executive Board Member of the Jersey Competition Regulatory Authority (2020- ). Ian is a solicitor and Of Counsel to Baker McKenzie. Ian leads Queen Mary’s qLegal initiative and is a principal investigator on the Cloud Legal Project.

In 2022, the Cloud Legal Project launched on Coursera an innovative online specialisation in Cloud Computing Law. Ian Walden is an instructor in the weeks that cover competition law and law enforcement access to data.

Teaches an undergraduate course on media law, focusing on media ownership, pluralism and competition issues, as well as broadcasting law and regulation

Ian leads Queen Mary’s qLegal initiative, which is part of the iLINC network, which has been funded from the European Commission as a FP7 project and from the Higher Education Innovation Fund.

Ian is a principal investigator on the Cloud Legal Project, funded by Microsoft, and a joint research initiative with Cambridge Computing Lab, the Microsoft Cloud Computing Research Centre.

Ian currently supervises PhD students in the areas of freedom of expression; privacy and the media; telecommunications; cybercrime and information security.