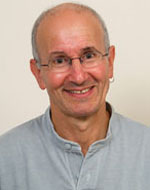 David Schiff joined Queen Mary University of London (QMUL) in September 2006 as a Professor in Law, having previously held the position of Reader in Law at the LSE. He was conferred the title of Emeritus Professor of Law from 1 September 2015.

He has written extensively with Richard Nobles since 1990 on criminal appeals and miscarriages of justice. Together they obtained an Economic and Social Research Council Research Award in 1991/92 to investigate the role of the Court of Appeal in remedying miscarriages of justice involving the re-assessment of expert evidence. The research led to a submission to the Royal Commission on Criminal Justice and, apart from many other publications, their book Understanding Miscarriages of Justice: Law, the Media and the Inevitability of Crisis (OUP, 2000). More recently their collaboration has involved numerous publications and seminar papers on diverse topics applying autopoietic systems theory to law, including two books for Hart Publishing: A Sociology of Jurisprudence (2006), and Observing Law through Systems Theory (2013). He was one of the editors of, and with Richard Nobles wrote the introduction to the English translation of Niklas Luhmann’s major work on law, Law as a Social System (OUP, 2004).

As a long serving member of the LSE, Professor Schiff wrote the chapter on law, ‘Freedom according to Law’, in the LSE book Freedom (edited by Eileen Barker), which was published as part of the LSE’s centenary celebrations in 1995. In the past he has been involved in the media, having appeared many times on radio and television, and having written a number of newspaper articles.

His research interests currently involve the application of autopoietic systems theory to jurisprudence in general, and appeal systems within law, in particular.