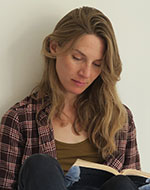 Dr Isobel Roele joined Queen Mary’s Department of Law in September 2014, having previously worked at Cardiff University. I work within a law and humanities tradition, drawing particularly on critical theory, psychoanalysis, and the history of art to inform my research, which primarily focuses on international organizations like the United Nations. 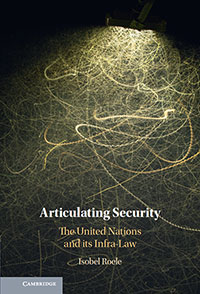 Her first monograph, Articulating Security: The United Nations and its Infra-Law, is published by Cambridge University Press. It draws on Foucault and Freud to analyse the UN’s Global Counter-Terrorism Strategy and to understand, in particular, the relationships between managerial and juridico-political modes of governing.

Beyond technologies of governance, Dr Roele's work also looks at the aesthetics of international organizations. She is especially interested in the visual arts and is currently undertaking an MA in the History of Art at Birkbeck. Between 2016 and 2021, she was Co-Director of the Centre for Law and Society in a Global Context, leading the theme of Aesthetics and Materiality. She has also collaborated with Tate Modern in its Tate Exchange programme.

She has been a visiting scholar at the University of New South Wales, and at Melbourne Law School, and am a member of various academic and policy networks, including the Legal and Materiality network, the International Law and Society CRN of the Law & Society Association, the UN Association (UK), and the Academic Council on the UN System.

I am an external examiner for the University of Essex.

This project analyses the profusion of managerial governance in our everyday lives, and in the institutions that shape how we live them, as a disorder of security. She brings psychoanalytic concepts to bear on the anxieties, compulsions, and fetishes of managerial modes of governing and explore their relationship to the (dys)function of juridico-political government. Building on her monograph, Articulating Security: The United Nations and its Infra-Law (CUP, 2021), the project asks what visions of security are privileged – and what visions are impossible - in conditions of managerial governance.

The Art of International Organization

Are international organizations like the United Nations a lost cause in an age of national populism and anti-capitalist activism? This project looks at how international organizations have become emblematic of liberal centrism and neoliberal technocracy by charting the history of art works at the UN. In doing so, it prises open a space between the organization’s self-fashioning and its reception by the global public, an audience which is at the same time constituted by the engagement with UN art work.

Dr Roele is interested in taking on new PhD students with left-field projects in the broad areas of Law and the Humanities, Critical Theory, and International Law. If you are interested in security, international organisations, or bureaucracy, all the better, but there’s no prerequisite that you share her research interests. She is looking for disruptive voices with transformative projects.

Dr Roele's research explores the relationship between art work and visions of global publics. At present, she is especially interested in art-centred public engagement, and is actively looking for collaborators in the art world. Please contact her at i.roele@qmul.ac.uk for more information.

She created an installation with the artist Amy Corcoran for Queen Mary University of London's collaboration with Tate Modern’s Tate Exchange in 2019, on the theme of Bodies in Motion.

They have published accounts of the event on the International State Crime Initiative blog ('Political Gamesmanship' (2019)), and Platforma’s Arts and Refugees Network ('Serious Play' (2019)).