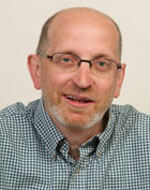 Professor Nobles joined Queen Mary in September 2006 as a Professor in Law, having previously worked at LSE where he was a Reader. After obtaining an LLB from Warwick in 1976 he first worked in a law centre, and subsequently qualified as a commercial solicitor with a leading London law firm. In 1980 he completed an LLM at Yale, and then taught law at Osgoode Hall Law School, Toronto Canada. He returned to the UK in 1981 to take up a position at the LSE teaching Jurisprudence and Trusts. His first research interest was Pension law, writing articles on social investment, trade union trusteeship, and the ownership of pension fund surpluses. He produced one of the first academic monographs on Pension Law: Pensions, Employment and the Law (OUP 1992). He worked as a consultant for the Office of the Pension Ombudsman from 1993-6, advising on disputes arising from pension fund surpluses. In 1997 he was seconded for six months to the Office of the Pensions Ombudsman. This experience led to his publishing a number of articles on the relationship between Ombudsmen and the Courts. In 1998 he began researching into the nature of miscarriages of justice leading to the publication in 2000 of Nobles & Schiff, Understanding Miscarriages of Justice: the Law, Media and the Inevitability of Crisis (OUP). Whilst he has continued to research and publish on the subject of miscarriages his current focus is on the application of Systems theory to Law. He is the author (with David Schiff) of A Sociology of Jurisprudence (Hart 2006), and one of the four editors of the English Translation of Niklas Luhmann’s Law as a Social System (OUP 2004). His latest book (with David Schiff) Observing Law through Systems Theory (Hart) was published in 2013.

Professor Nobles teaches on the undergraduate Jurisprudence course, and the postgraduate Research Theory and Methodology Course.

In 2012 he is supervising two Phd students who are using Systems theory to investigate issues in international law and the Law surrounding discrimination, and a further student who is analysing the use of statistical methods within the Criminal Justice system.