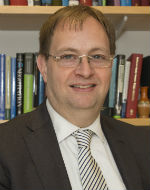 Professor Loukas Mistelis is an acknowledged authority on international dispute resolution and investment treaty law. In 2006 he was listed as one of the “leading lights in international arbitration”, 45 under 45, amongst the top 15 highlighted members of the list, is listed on the Who’s Who Commercial Arbitration since 2007 and also a member of the ICSID Panel of Arbitrators as well as the recipient of the GAR Award for best arbitration lecture of 2013. He is also listed as one of the Thought Leaders in International Arbitration.

Professor Mistelis was educated in Greece (LLB Hons Athens 1991); France (Certificate in International & Comparative Human Rights, IIHR, Strasbourg, 1990); Germany (MLE, 1992, Law School, Hanover, Germany, 1998); and Japan (Certificate in Japanese international trade law, Law School, Keio University, Tokyo, 1998). He has been a member of the Athens Bar since 1993. He is fluent in English, German and Greek, and has good knowledge of French, and basic knowledge of Polish, Russian and Spanish. Member of Chartered Institute of Arbitrators (CIArb) since 2001, became Fellow of the CIArb (FCIArb) in December 2016.

He has practiced law in Germany, Greece and the United Kingdom, having also acted as a consultant in Cambodia, Japan, Moldova, Nigeria, Poland, Ukraine, and Vietnam. He has also advised several UK government agencies (such as DTI, BERR, MoJ) and international organizations, including the United Nations (UNCTAD, UNCITRAL and ECLAC) and the European Bank for Reconstruction and Development (on law reform for various secured transactions legislative projects).

His research includes innovative empirical research into corporate attitudes towards dispute resolution, including:

Since 2009 he has taken over the editorship (with Laurence Shore) of the multi-volume World Arbitration Reporter – International Encyclopaedia of Arbitration Law and Practice (Juris) which launched with the first five volumes in March 2010 (and updates in October and December 2010, in March 2011 and December 2012, in summer 2013, spring and summer 2014, February and September 2015, January and August 2016, 2017) and the Smit Arbitration Guides.

He is member of the Editorial Board of

Also the General Editor of the Oxford International Arbitration Series (which has so far published 13 books).