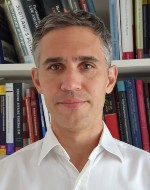 Mario Mendez graduated with a first class degree in Law and Politics from Queen Mary and was awarded the Drapers’ Scholarship to study at the College of William and Mary in Virginia where he completed an LLM in American Legal Studies. He continued his graduate study at the University of Oxford where he was awarded a distinction on the BCL programme (and the Vinerian Scholarship Proxime Accessit), followed by completing his PhD at the European University Institute in Florence. He was awarded the Post-Graduate Certificate in Academic Practice at Queen Mary with distinction and is a fellow of the Higher Education Academy.

His research interests are mainly in constitutional law (EU, UK and comparative), with particular interests in direct democracy in the EU (including the European Citizens Initiative) and in a broader comparative sense, and UK, EU and comparative foreign relations law. There are two main strands to his current research agenda and he has given evidence to Parliamentary committees (Westminster and the European Parliament) in relation to both. The first concerns the relationship between international law and domestic constitutional systems and was the subject matter of his monograph on The Legal Effects of EU Agreements (Oxford University Press 2013) as well as recent articles (e.g. International Journal of Constitutional Law and the Law Quarterly Review), chapters (e.g. in the Oxford Handbook of Comparative Foreign Relations Law 2019) and on-going research projects. The second strand concerns direct democracy and recent projects include an article in the Cambridge Yearbook of European Legal Studies, a co-authored study on Referendums on EU Matters (2017) (prepared for the Constitutional Affairs Committee of the European Parliament), a co-authored monograph Referendums and the European Union: A comparative inquiry (Cambridge University Press 2014) (a book which has its origins in a project funded by the Swiss National Science Foundation), and chapters in a number of volumes such as the Research Handbook on the Politics of EU Law (2020) and the Palgrave Handbook of European Referendums (2021)).

Mario has worked for the Academy of European Law at the European University Institute and has been a trainee at the European Commission. He has spent periods as a visiting academic at the University of Oxford (Institute of European and Comparative Law), University of Cambridge (Centre for European Legal Studies), the University of Michigan’s Law School, University of Zurich (Centre for Research on Direct Democracy). He is a research associate at the University of Zurich’s e-Democracy centre with whom he collaborated in developing a voting advice application for the 2012 London mayoral elections. He was a lead member of the Queen Mary team that collaborated with the Preference Matcher consortium in developing a voting advice application for the 2015 and 2017 UK General Elections (www.whogetsmyvoteUK.com). He also acted as a legal consultant on matters of EU and foreign relations law.

He is a former member of the editorial committee of the journal Public Law.

Dr Mendez welcomes proposals for postgraduate supervision in the fields of UK, EU and comparative constitutional law (especially in the areas of direct democracy in the EU and UK, and also EU, UK and comparative foreign relations law).