Queen Mary University of London (QMUL) has launched a new voting advice application to help people make an informed choice on polling day. More than 10,000 people have already used the app since it went live on 1 April. 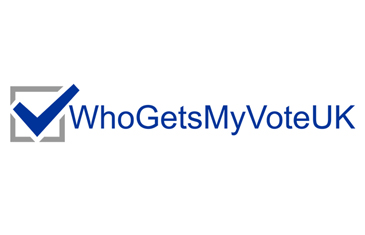 The app, 'Who gets my vote UK', was created by researchers at QMUL, in collaboration with Queen’s University Belfast and the Preference Matcher academic research consortium.

Central to the app is a short quiz, which includes a series of questions related to policy and politics. Upon completing the quiz – which includes questions on taxation, constitutional affairs, crime, and the environment – voters are matched with the party that best reflects and represents their views.

“We wanted to test the site so we sent the link out to friends and colleagues last week, and asked the university to tweet and share the link internally. From that activity alone we had more than 10,000 people from every part of the UK completing the quiz, sharing their results and encouraging other people to use the app.”

According to Dr Mario Mendez, senior lecturer at QMUL’s School of Law, “Simplicity in terms of how the app is designed is critical”.

He continued: “It’s been designed so that people can breeze through quite a lot of content in less than 10 minutes. Similarly the tone was important – we knew that policy questions can become overly complex and prohibitive, but equally we were determined not to dumb down important questions or condescend to voters. The result is, we hope, an effective balance of simplicity and policy detail.”

Statements, with which voters are asked to agree or disagree on a scale of one to five, include:

The results of the quiz indicate the intensity of the match (it can be weak or strong) and lists the parties with which there is a negative match rating. It also incorporates constituency-level polling (where available) and can provide information on the electoral situation in specific constituencies.

Peter Allen encouraged users to share the application as widely as possible. “This is an academic, not-for-profit project. It’s completely neutral politically, and we’re totally reliant on people who use the app to tell their friends, family, and colleagues to share the link.”

The questions were selected by researchers from Queen Mary University of London, Queen's University Belfast and the Centre for Democracy Studies, Aarau, University of Zurich. Political parties had no impact on the choice of the questions. The questionnaire was organised around a number of themes: the economy, law and order, the environment, society, education, immigration and constitutional reform.

• Read more about the Who Gets My Vote application such as the project team, policy analysis etc.