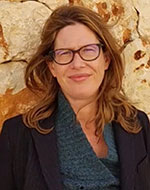 Amber Marks worked as a barrister, civil servant and freelance journalist before joining academia. At Queen Mary she runs a course on Law and Pharmacology and lectures on the Law of Evidence and Criminal Law. Amber also convenes the Law of Evidence at the University of London. Amber is a Fellow of Advance HE (formerly the Higher Education Academy) and a scholar of the Honourable Society of Gray´s Inn, a member of the London Toxicology Group, Criminal Bar Association, Society of Legal Scholars and the American Institute of the History of Pharmacy. Amber is an Expert Reviewer for the European Science Foundation´s Community of Expert Reviewers. Amber regularly contributes legal analyses to parliamentary enquiries and has provided expert advice on drug law and human rights, criminal law, surveillance and forensic science to government departments and NGOs.

Amber has worked towards drug law reform for several years (see her recent submission to the Home Affairs Committee’s inquiry on the scope for legal reform within the international drug conventions). Amber drafted the award-winning Model Drug Law for West Africa which was selected for further funding at the 2019 Paris Peace Form. Amber´s 2019 publication in the ICLQ is the principal reference point for those seeking to understand the legal foundations of Spain´s cannabis clubs and both here and in a book chapter of the same year she argues in favour of a broad rights based conceptualisation of personal consumption/personal drug use. Amber is a long-standing Trustee of RELEASE.

Amber´s research on the reliability of forensic expert evidence has been cited in the criminal courts, her co-authored thought pieces on automatic justice and crime control technologies widely cited in academic literature on 'smart' technologies and her humorous memoir on surveillance research praised in the academic journal Surveillance and Society and in the Times Higher Education Supplement for its contributions to the field of criminology. Amber has served on ethical advisory boards to scientific projects funded by the European Commission including NANOSMELL and New Operational Sensing System.

Amber has participated in several projects on communicating forensic science to non-scientific audiences and in training workshops for lawyers and judges. In 2012 she co-wrote, co-produced and presented a BBC Radio 4 documentary on the science of smell. Amber has used stand-up comedy to communicate controversial legal issues to lay audiences in a wide range of venues including the literary tents of Latitude Festival, Standon Calling, Bestival and Laugharne. Amber has also written and presented on the law in the printed media and on the radio. She has been a regular contributor to The Guardian, The Register and Wired. Her articles have also appeared in The Times, Prospect and The Register, and she has worked as a columnist on criminal justice for the Big Issue and assistant editor for Benchmark. Amber has made several radio appearances (BBC Radio 4 and 3, Resonance FM, Talksport, Radio New Zealand) to discuss criminal justice and surveillance.

Legal Opinions and Briefing Papers and Collaborations with NGOs