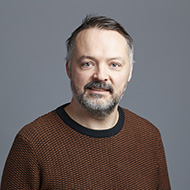 Dr MacManus' first book analysed the specific criminogenic relationship between the state and corporation, and the state and civil society, in the case of Trafigura’s dumping of toxic waste in Abidjan, Ivory Coast in August 2006. Empirical and ethnographic research undertaken in London and on a field trip to Abidjan revealed that the impunity that was enjoyed by the Ivory Coast state and Trafigura for this state-corporate crime was underpinned by the power of the corporation and by failures of both domestic and international civil society organisations that might have been expected to label and challenge the crimes. Moreover, the research revealed that in the case of this particular example of state-corporate crime, civil society as an agency of censure and sanction played a distinctly retrogressive role. These crimes facilitated a 'commodification of victimhood’, and the failure of domestic civil society organisations ensured that impunity was virtually guaranteed for the corporation and the government. The research also examined the failure of international and domestic legal measures to sanction the perpetrators.

From 2012 to 2014, Dr MacManus worked on an ESRC project (led by Prof Penny Green) which looked at the role of civil society organisations in defining, censuring and resisting criminal acts committed, instigated or condoned by state agencies. It was a cross-cultural study which focuses on civil society’s resistance to state crime in six countries (Burma/Myanmar, Colombia, Kenya, Papua New Guinea, Turkey and Tunisia), all of which are undergoing processes of reconstruction following severe violent conflict.

In August 2014, Thomas started working on an ESRC Urgent Grants Mechanism project to determine whether or not conditions of persecution against Myanmar's Muslim Rohingya ethnic minority have developed into genocidal practice. Research was conducted within a state crime framework (Green and Ward 2001; 2004) wherein genocide is understood as a process, building over a period of years, and involving an escalation in the dehumanisation and persecution of the target group.

Dr MacManus is currently looking at the role of public relations companies and the services they offer to states. He continues to work on genocide issues, including the destruction of the Uighur people in China.