2018 - 'The Sociality of the Platform' by Professor Annelise Riles

The emergence of digital political citizenship, once heralded as the engine of democratization, has paradoxically precipitated an inward-looking turn in social life. Rather than an escape from the Iron Cage, online communications between citizens and civic institutions mediated by new digital technologies become all the more dehumanized. How might we rethink the architecture and potentiality of the digital public sphere? This lecture describes one experiment in doing so—Meridian 180, “a multilingual platform for policy solutions+experimentation”—as an attempt to infuse a different sensibility into the digital public sphere. I argue from this experience that the “platform” as a genre of techno-sociality demands not only a critical anthropology of digital culture but a new ethics of friendship. 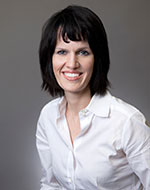 Annelise Riles is Associate Provost for Global Affairs and Executive Director of the Buffett Institute for Global Studies, as well as Professor of Law and Professor of Anthropology at Northwestern University. She is the founder and director of Meridian 180, a transnational platform for policy solutions. Her work focuses on the transnational dimensions of law, markets, and culture across the fields of private law, conflict of laws, financial regulation and comparative legal studies. She has conducted legal and anthropological research in China, Japan and the Pacific and speaks Chinese, Japanese, French, and Fijian. She has published on a wide variety of topics, including comparative law, conflict of laws, financial regulation, and central banking. Her first book, The Network Inside Out, won the American Society of International Law's Certificate of Merit for 2000-2002. She has served as a visiting Professor at Yale University, University of Tokyo, the London School of Economics, the University of Melbourne and as a visiting researcher at the Bank of Japan. Her most recent book is The Changing Politics of Central Banking (2018). She is currently working on a book about the possibility for transnational democratic dialogue in times of geopolitical conflict, based on the experience of Meridian 180. Her latest research concerns the transnational data governance regime. She writes about these and other issues on her blog.