What our BA students say 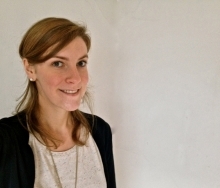 "I like the social and working environment that a campus-based university offers and I was eager to join the School of Languages, Linguistics and Film, as it enjoys such a wonderful reputation. I enjoyed the relationship between professors and students, as well as the welcoming atmosphere. Throughout my studies, my professors always showed me support in all of my endeavours and this motivated me to push myself and ultimately find an excellent job in publishing."

- Anna Russo studied Russian and Comparative Literature and currently works at Hodder Education, a divison of the Hachette Publishing Group, as a Rights, Contracts and Export Sales Administrator.

"I wanted to be in a big city and to study at a credible university doing a literature-based degree that was more diverse than your average English degree. Queen Mary ticked all the boxes, as well as being campus-based (you can practically roll out of your bed to lessons). It's also connected to all the other University of London colleges which means you have loads of Students' Unions and libraries at your disposal! The teaching staff at Queen Mary are so inspiring, they all do tons of research aside from teaching us, so they're always in the know. They push for us to be able to do less well-known texts, which not only broadens our horizons, but means we are constantly exploring new topics, rather than repeating the same generic set texts."

"There is so much intellectual freedom in this degree. Sporting a multifaceted range of modules from across the globe from past and present, we are also given the opportunity to select one or two relevant modules from other departments. This has enabled me to specialize in my own research interest, by taking a philosophical spin on my degree. Not only has reading literature and watching films I would have never have otherwise discovered been a joy, I have been encouraged to use both theory and poetics to consider experience that nourishes or even transcends human understanding, transforming my entire world-view.

I couldn't imagine being a student anywhere else. Making the most of London's diverse range of libraries from Senate House, Whitechapel Library to the BFI, one of my greatest joys and inspirations has been working and reading in quirky coffee shops throughout the city. Living in London has also been a formative experience because of my involvement in London's bass music scene. There are niche communities here for every interest imaginable, and I have thoroughly enjoyed balancing work and play.

As well as gaining invaluable relationships with tutors, and making the most of the facilities at Mile End Library, I have particularly enjoyed Queen Mary's intimate, Alfred Hitchcock Cinema, which sports red velvet seats and curtains. Most of my film modules have featured screenings in here, which has been a great asset to the film department.

I have been so inspired by studying Comparative Literature that I will be starting my MA in English: 1850- Present at King's College in September 2016. Ultimately, I wish to become an English teacher or lecturer, so this degree has been a highly formative experience, and an invaluable stepping stone towards reaching my ultimate goals."