This section is limited only by your imagination (and the system word limit!). Please send in creative pieces of any genre.

Our first piece, perfect for Hallowe'en, reflects on the creative writing process itself: Writing is never easy… but what if it can be, with a Writing Hand?

Writing is never easy… but what if it can be, with a Writing Hand?

It is often quite difficult to start a story, one that will be read and critiqued many years after you’ve dissolved into the hard Earth. But, like any other aspiring writer, Mika Lava was crouched in front of his bright laptop screen with his elbows either side on the kitchen table. Let me begin by telling you more about Mika. He was a recent graduate from a local university for Computer Science. Although he graduated with a decent grade, he had always aspired to be the next Kafka -- or even Gogol. As you may have guessed by his unexpected passion (writing is hardly compatible with a scientific brain), his choice of degree was his father’s. Mika hated science, and despised softwares even more. The bright laptop glared back at him, daring him to quit and go to sleep. It was two in the morning. But if there’s anything Mika was – he wasn’t a quitter.

Mika’s head hurt him. His thighs started to get pins and needles and his bum felt flat from sitting on the darn wooden chair. He let his head fall into his open palms and with a sigh, he scraped back his chair on the wooden floor with a long SKRRR and closed the laptop screen. He reluctantly trudged over to the fridge, dragging his navy-blue fluffy slippers that he had been given for Christmas from his friend. He opened the fridge door with a great big tug that almost lost him his whole right arm, and took out a carton. There was only a little bit of semi-skimmed goat milk left, so he threw his head back and gurgled the last drops. He wiped his mouth with the back of his arm and spun towards the direction of his room. On his way, he let out a long hearty burp that released some tension from his bloated tummy. He wriggled his thumbs, fingers and wrist as per each night, and with a great open palm stretch, he went to bed.

Our character, although only 21, slept like a tired middle-aged man as soon as his head fell onto the pillow. Mika also dreamt that night. He dreamt of a hand. It was no ordinary hand, like the one you, Mika, and I have, because it didn’t have an arm, let alone a whole body to accompany it. The independent hand had a life, much like a human. It would wake up in the morning after slamming the snooze button with such force by thrusting its whole body forward at the poor annoying alarm. And then it would waddle towards the bathroom heaving itself from left to right. You see, it was extraordinary the way this hand walked, using the little wrist it was attached to. But what was even more extraordinary was the fact that the apartment it inhabited was human size. Mika turned in his sleep when he recognised this in his deep slumber.

The hand hopped down the staircase, each step diligently, and with an increasing boredom. When it reached the bottom step, it lay on its palm and used its fingers to crawl on the floor to the kitchen to make breakfast. I won’t disgust you with the outlandish ways the hand made and ate a full English breakfast, for it might put you off of food for the rest of your life. Nonetheless, the hand grabbed a tissue with its long tawny fingers and wiped itself somewhat clean. Then it carefully fingered the edge of the laptop laying with its screen down on the kitchen table. Once the hand managed to open the laptop, its nails burning sensationally, it began to get comfortable on the kitchen table. It wriggled its fingers and twiddled its thumb in great anticipation. Then, ever so delicately, it began to type letters, that formed words, which soon formed sentences and, in turn, paragraphs.

Perhaps you are wondering what it wrote on this laptop, what document it created, and what story it told. The answer to these questions I’m afraid I can’t reveal. Not because I don’t want to, but rather because I, too, don’t know as of yet. Dear reader, you cannot scrunch your nose at this or furrow your forehead (it can cause aging, you know). As you’ve probably realised, and I’d be awfully disappointed if you hadn’t, this story is not typical tale. How can I know what it wrote if I too, like you (I would hope), have never witnessed such wizardry that encompasses a walking, eating and typing hand?

Mika pulled the duvet covers closer to his neck and turned to his left side and bent his knees close to his chest. The hand continued tapping and poking at the laptop keys in great concentration. At times it would hesitate, attack the backspace key and continue to type on. Perhaps it doubted its choice of words, perhaps it found a better idea mid-sentence: nonetheless it typed on and on. This creature of dreams soon grew hungry, and just like you, I don’t know how it could. It went to make porridge, even though it was about lunch time. It is plausible that hands have a different sense of cuisine and meals than humans, or maybe they have a much smaller appetite. Just as the hand managed to swing the tight fridge door open, it flicked it back. It had realised that there was no milk left. It let out a frustrated clawing gesture and then hopped and climbed over the counters towards the pantry. There, it feasted on canned beans and cashew nuts. Once its fingers grew slightly plump, it hopped back to the laptop.

Another two hours passed with continual tap, tap, tappatty taps on the keys of the surrendered laptop. Once it reached six in the evening, the tapping subsided and the hand began lose momentum. Noticing this, it gave a great big open palm stretch whilst circulating against its wrist. Then it hopped towards the pantry once more and finished its lunch leftovers which were just as cold as before. Soon, it hopped to the bathroom to have a shower in the sink. Then with a face towel wrapped around it, it went to bed at nine o’clock.

Mika’s alarm sounded. It was eight o’clock and the sun’s harsh rays blinded him from the curtain cracks. Mika slammed his whole palm on the snooze button, with such frustration that his palm pounded and throbbed in pain. He had a feeling it would bruise up. Another hour passed before Mika tore himself away from his beloved duvet. No memory of the odd dream clung to him. He slipped on his slippers and slogged to the bathroom. Half an hour later, he emerged with a clean breath and body. He pulled on comfortable joggers, determined to get work done – at least 2000 words – despite feeling a migraine coming on. He slowly walked down the stairs and headed to his kitchen. There lay a mess he didn’t quite remember from the previous night.

Three cans of kidney beans were emptied on the floor beside the pantry shelves, nuts were scattered as though a mouse had raided the kitchen for cheese. The fridge door was ajar and there was an empty plate with half a sausage left, a relic from its consumer. His laptop screen was asleep but not closed over the keys. On closer inspection, Mika felt nauseous as he saw the terrible stickiness of his six-month old laptop. His heart sank to the bottomless pit of his stomach as sweat broke out at his temples. Who would raid his home like this in the middle of the night? What creature was responsible? Mika’s pulse accelerated as cold blood rushed through his veins. Frustration, fear and betrayal all boiled through his body.

He sunk down against the kitchen table leg, defeated and scared. He let out a heavy sigh and dropped his throbbing head onto his open palms. After ten minutes of complete silence, Mika gathered himself up and decided to see what the intruder had wanted with his laptop. He first cleaned the laptop with a wet wipe, hoping it wouldn’t ruin the damn device. Once he finished saving his laptop, he looked through it. There in front of him lay a 5000-word short story. All negative emotions evaporated from Mika’s limp body and suddenly he felt elated. It was like the gates of heaven had opened up for him and granted him immortality. With a wide smile, he whispered a thank you to the intruder and didn’t mind at all the cleaning he had to do. In fact, he was dancing with his mop whilst cleaning the sticky wooden floor.

Legend has it that the short story won Mika many awards and his name went down in history as the most extraordinary storyteller to have ever lived. Legend also has it that the short story was in fact about a hand that wrote a story whilst its friend was sound asleep. Now, whether or not this is true is debateable, but here is what isn’t debateable: every morning Mika woke up to discover a new tale, typed up and ready to be published. 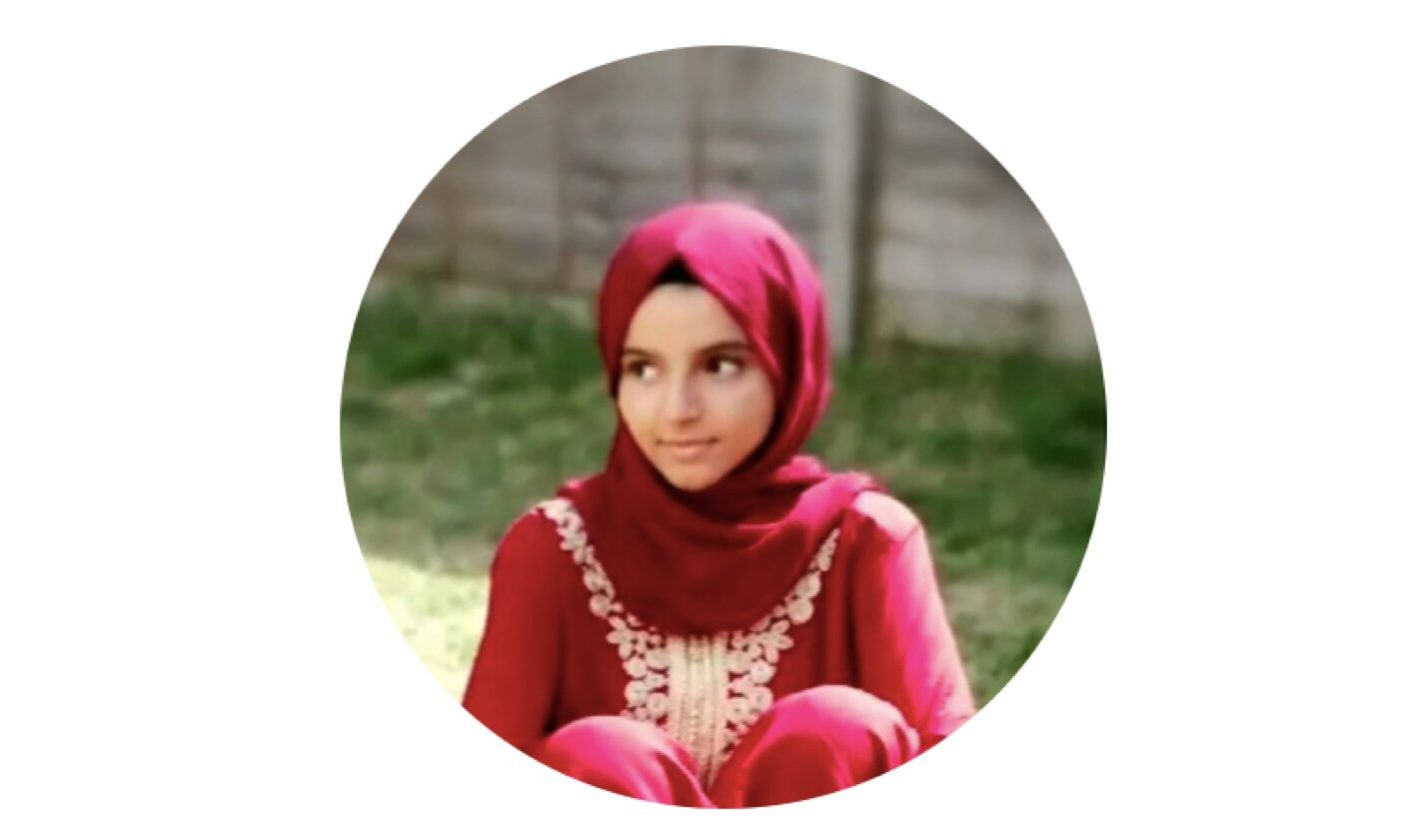 Fatima Sultan was born and bred in London, England. She is an avid reader and published writer on Medium and enjoys writing creatively in her own time. She enjoys following the news and giving her own opinion about politics. She writes about feminism, books and anything in between. If it’s not an article or story she’s writing, you would find her, without fail, sitting in a Costa writing poetry. For her dissertation, she is exploring female representations of desire and sexuality in Tayeb Salih’s Season of Migration to the North and Ahdaf Soueif’s In the Eye of the Sun. She is currently working on a play and a collection of short stories set in the Middle East.