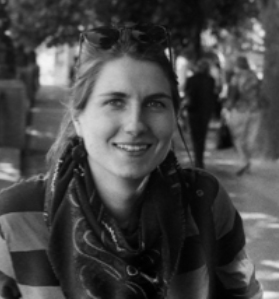 My research and teaching focus on topics that are socially and politically urgent with crisis, vulnerability, justice and futures being key to my pedagogy and my wider work in disaster studies, environmental humanities and postcolonial studies. I work across literature, film, and visual art and see creativity and imagination as central to the how we make sense of the world around us.

My monograph, Disasters, Vulnerability, and Narratives: Writing Haiti’s Futures (Routledge 2019) uses narrative responses to the 2010 Haiti earthquake as a starting point for an analysis of notions of disaster, vulnerability, reconstruction and recovery. In my analysis, I turn to concepts of hinged chronologies, slow healing, and remnant dwelling, offering a vision of open-ended Caribbean futures, full of resolve.

Building on this work, I have recently produced a short documentary, Intranqu’îllités (2019), on art and creativity in Haiti (filmed on site) which won the AHRC Research in Film Award (2019).

My seminars are all about working and reading together towards a better, more critical understanding of the world around us. All courses I teach are rooted in an inclusive dialogue and encourage everyone to participate and learn from each other.

“Dialogue, as the encounter of those addressed to the common task of learning and acting, is broken if the parties (or one of them) lack humility. How can I dialogue if I always project ignorance onto others and never perceive my own?’  (Paulo Freire, The Pedagogy of the Oppressed 2000:90)

——, ‘Histories of the Past, Histories for the Future: Representing the Past and Writing for the Future in Rodney Saint-Éloi's Haïti, kenbe la!’, Journal of Haitian Studies, 20 (2014), 4-19

Mika, Kasia, ‘Maria Cristina Fumagalli, On the Edge: Writing the Border between Haiti and the Dominican Republic’, Bulletin of Hispanic Studies, 93 (2016), 1045-56