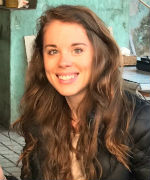 Alicia is a an ESRC postdoctoral research fellow at the International State Crime Initiative (ISCI), based in QMUL’s School of Law. Alicia researches state violence and the nature of resistance it elicits, including the emergence and evolution of rebel governance processes. Alicia is currently working on two key areas of research:

1) Interrogating the ways in which international humanitarian norms and practice, inherently state centric, trigger processes which legitimise criminal governments and delegitimise armed and grassroots forms of resistance which arise in direct challenge to state violence. 2) Examining the failures of international legal and political mechanisms to prevent genocidal processes, using Rakhine state, Myanmar, as a case study.

In the latter half of 2021 Alicia will commence her Swedish Research Council funded project, together with colleagues Bart Klem and Marika Sonowski, investigating the nature of legal identity within guerrilla controlled territories.

Alicia was previously one of two lead researchers on ESRC funded project, Rapid Descent into Genocide in Myanmar? (2014-15), led by Professor Penny Green. This seminal work, which investigated the extent to which the persecution of Myanmar’s Muslim Rohingya constitutes genocidal practice, has drawn widespread global attention. The research has been featured by the BBC, The Economist, CNN International, The Guardian, Al Jazeera, TIME Magazine, VOA News, Politico Magazine, and numerous other media outlets. Findings were also cited by a 2017 UK Foreign Affairs Committee inquiry into violence in Rakhine state, evidential submissions to the International Criminal Court (2018), and have contributed to ongoing United Nations investigations into war crimes and genocide in Myanmar.

Alicia previously worked with the United Nations Office on Drugs and Crime in Nigeria and Vienna, and practiced as a solicitor in New Zealand.

Alicia obtained her Doctorate from Queen Mary University of London in 2019; her LLM (Distinction), from King's College London in 2011; and her LLB (Honours)/BCom from the University of Canterbury, New Zealand, in 2008. This same year Alicia was admitted to the bar as a Barrister and Solicitor of the High Court of New Zealand.