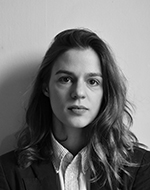 Financial surveillance in the fight against money laundering and terrorist financing in the EU: The case of the Financial Intelligence Units.

The European Union’s preventative anti-money laundering framework, modelled after the Recommendations of the Financial Action Task Force, has always been based on the collection of information by the private sector. After the integration of counter-terrorist finance measures to this framework, however, the EU’s then embryonic system of information gathering gradually evolved into a comprehensive regime of financial surveillance. The effects of this regime are particularly far-reaching; information might still serve as the primary prevention tool, but the scope of financial surveillance has been significantly extended. That is, massive amounts of personal information on everyday financial activities are collected, processed and transferred on the basis of wholesale suspicion. These features, which affect the entire spectrum of the population, pose significant challenges to the rule of law and to the fundamental rights of privacy and data protection.

This thesis focuses on Financial Intelligence Units, the national authorities responsible for the receipt, analysis, and dissemination of the information collected by the private sector. By focusing on the multi-layered regulatory framework that governs the activities of Financial Intelligence Units, the thesis sheds light on this relatively uncharted area of financial surveillance. More importantly, it examines its impact on the rule of law and on the fundamental rights of privacy and data protection. These are crucial and topical issues; in the wake of the EU’s renewed emphasis on the ‘war on terror’, the powers of Financial Intelligence Units have been strengthened considerably; they have been granted access to additional sources of information, while the latest Directive calls on Member States to ensure their cooperation to the greatest extent possible.

Foivi graduated from the School of Law of the National and Kapodistrian University of Athens in 2012 and proceeded to work as a trainee lawyer for a law firm in Athens. Between 2013 and 2014, she pursued an LL.M at University College London (UCL). Upon completion of her Master’s degree, Foivi was admitted to the Athens Bar Association and returned to legal practice. In September of 2016, Foivi joined the School of Law at Queen Mary University of London as a PhD candidate and she was awarded a Graduate Teaching Assistantship by the School of Law.