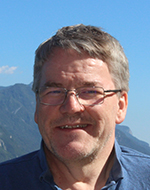 Peter Alldridge has been Drapers’ Professor of Law since 2003 and was Head of the Department of Law (from 2008-2012). In 2017-18 he was President of the Society of Legal Scholars. He was Specialist Adviser to the joint Parliamentary Committees on the draft Corruption Bill (2003) and the draft Bribery Bill (2009) and was made a Fellow of the Academy of Social Sciences in 2014. He has published widely in the areas of criminal law, evidence, legal education, law and information technology, medical law and law and disability. He is the author of Relocating Criminal Law (Ashgate 2000, republished by Routledge Revivals, 2017), Money Laundering Law (Hart, 2003), What went Wrong with Money Laundering Law? (Palgrave, 2016), and Taxation and Criminal Justice (Oxford University Press, 2017). He acted as an expert on corporate criminal liability for the UN in Indonesia in 2017.