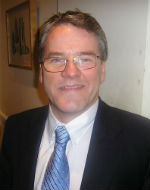 QMUL School of Law is very pleased that Professor Peter Alldridge has taken on the prestigious role of the President of the Society of Legal Scholars (SLS) 2017-18. The SLS is the largest organisation of legal academics in Ireland and the UK. He has been active in the Society in various capacities over many years and among his duties as President, he has represented the Society in the decisions on the awards of honours and on senior judicial appointments, and in discussions with the Law Commission on law reform and with organisations representing the legal profession and its regulators in the formulation of the new path to professional qualification. He is the first SLS President for nearly fifty years to have a visible impairment (he is mobility impaired) and he has been active for many years in the areas of Equality, Diversity and Inclusion in Higher Education.

The SLS annual conference is the largest gathering of legal academics, and will this year be hosted by Queen Mary University London in the first week of September. This year’s theme of the conference is “Law for troubled times”, which reflects his anxiety about the shift in powers towards the Executive to be seen in several of the pieces of legislation currently before Parliament, and more generally in declining respect for Rule of Law and the independence of the judiciary worldwide. As well as the PhD conference and 28 subject groups (a number which will grow), plenary sessions will focus on Access to Justice, the Rule of Law, Law and Theatre and African Women Judges. On top of this, there will also be the (now traditional) Friday afternoon Brexit session.

Professor Alldridge has been Drapers’ Professor of Law since 2003. He was Specialist Adviser to the joint Parliamentary Committees on the draft Corruption Bill (2003) and the draft Bribery Bill (2009) and was made a Fellow of the Academy of Social Sciences in 2014. He has published widely in the areas of criminal law, evidence, legal education, law and information technology, medical law and law and disability. He is the author of numerous reports, articles and chapters, and Relocating Criminal Law (Ashgate 2000, republished by Routledge Revivals, 2017), Money Laundering Law (Hart, 2003), What went Wrong with Money Laundering Law? (Palgrave, 2016), and Taxation and Criminal Justice (Oxford University Press, 2017). He acted as an expert on corporate criminal liability for the UN in Indonesia in 2017. He is also a visiting Professor of Financial Crime at the University of Cergy-Pontoise.