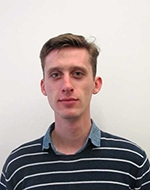 Fact Patterns in Findings of Crimes against Humanity in International Criminal Law.

Daniel's research focuses on the concept of Crimes against Humanity (CAH). There is widespread disagreement, both within legal and philosophical scholarship, about the conceptual core of Crimes against Humanity. What is it about such crimes that set them apart from 'regular' domestic crimes? While often cast in descriptive language, much of the debate is strongly normative - it is about competing views of what CAH should be.

In order to contribute to a clearer understanding of the practical crux of CAH, Daniel's research closely analyses fact patterns in judgments of international criminal courts and tribunals where the defendant has been accused of committing CAH. Moving away from the usual emphasis on the legal findings of a court, the purpose of this analysis is to articulate the various types of fact pattern - the wider contexts, situations of violence, and individual acts - which have, in fact, been deemed to constitute CAH by an international court or tribunal.