Prisoners not politicians were key to the Good Friday Agreement succeeding, according to new book

Irish Political Prisoners 1960-2000 by Seán McConville from Queen Mary University of London provides one of the most comprehensive accounts of the Northern Ireland troubles to date. 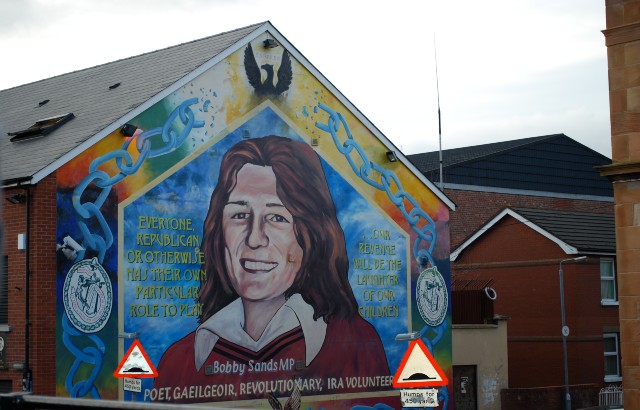 Based on extensive archival research and hundreds of interviews, the book reveals that the prisoners’ involvement and consent to the Good Friday Agreement that was critical to ending the decades-long conflict.

Actively pursuing a variety of different perspectives, and covering the jurisdictions of Northern Ireland, the Republic of Ireland and England, the work probes the true stories behind some of the most remarkable events in prison history anywhere and at any time. It includes first-hand accounts of riots, mass breakouts, prolonged nakedness, dirty protests and hunger strikes.

The book sets out the stories of the thousands of people who were taken into custody during the years of the conflict in Northern Ireland. It explores how they lived out their years in Irish and English maximum security prisons, serving long sentences in tight custody. It is studded with anecdotes and recollections – dark and sinister, despairing and depressing, but also humorous and humane. Staff and victims are given their voice as well as the prisoners. This was a world that existed for three decades and more, largely hidden from all but a few beyond the walls and wires. Human reliance and endurance are laid alongside irrecoverable time, vanished opportunities and life-long regrets.

Erupting in 1969, the Northern Ireland troubles continued with terrible intensity until 1998. The conflict was the most enduring in Western Europe since the Second World War. It cost almost 4,000 lives, inflicted a vast toll of injuries and wrought much destruction on all sides. It continues to cast long shadows and affects political decisions in these islands and Europe.

Seán McConville, Professor of Law and Public Policy said: “Prisoners developed a command system and maintained a level of discipline that enabled them to turn the prisons inside out and use them against the state. That same discipline gave them power of veto in the peace talks. Anglo-Irish, Intra Irish, and even Anglo-American relations were deeply affected by the tumultuous years of paramilitary imprisonment.”

The book is the final part of a trilogy dealing with Irish political prisoners from 1848 to 2000 and brings to a close more than 25 years of research by Professor Seán McConville.