New research paints a picture of how indy Scotland can thrive

Professor Sionaidh Douglas-Scott, from Queen Mary's School of Law was featured in The National on how an independent Scotland could face challenges. 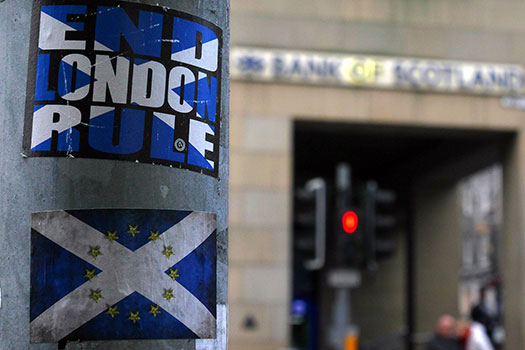 Professor Douglas-Scott examined the issue of negotiations with the UK which would be required after a Yes vote. She said: "These would take time. It should be stressed that, if under a lawful process, Scotland elects independence, then there are no subsequent explicit legal barriers to Scottish independence."