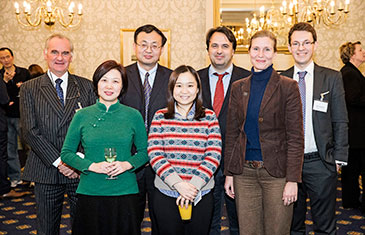 The Criminal Justice Centre (CJC) at Queen Mary University of London (QMUL) hosted its very successful fourth annual conference on criminal justice co-organised with Renmin University (Beijing, China) on 1–2 December 2016 at the Law Society. This event is the latest instalment in a series of joint conferences on criminal justice launched in 2013. The previous conference took place in Beijing in September 2015 and focused on anti-corruption strategies in different parts of the world. This year’s two-day event in London has brought together experts from Europe, China, Australia, and North America to discuss the impact of transnational crime on national, regional and international economies, with a special focus on cybercrime, environmental crime, and heritage crime.

Rudi Fortson QC, barrister at 25 Bedford Row and visiting professor of law at QMUL, delivered a keynote address questioning the utility of the concept of ‘organised crime’ in developing responses to transnational crime. A copy of the speech can be downloaded from this page (PDF) [PDF 155KB].

The proceedings of the conference will be published in the joint Renmin – Queen Mary book series on ‘Chinese and European Perspectives on Criminal Justice’ with Routledge.

Professor Valsamis Mitsilegas, Head of QMUL’s Department of Law and Co-Director of the CJC, said: 'We were delighted to host the 4th joint Queen Mary-Renmin Criminal Justice conference which brought our colleagues from Renmin – and a number of leading experts from Europe, North America and Australia - –in London this academic year. The conference was a great success and demonstrated the strong research links between Queen Mary and Renmin in the field of criminal law and justice. Our on-going dialogue takes the form of academic and student exchanges and joint publications, including the new Queen Mary-Renmin series on Comparative Criminal Justice Issues in China and Europe. We are looking forward to continuing our conversation with colleagues in Renmin in Beijing next year.'

View more photos from the event.