High Court judge and former Labour politician, Sir Ross Cranston gave a lecture on the role of the judiciary at Queen Mary, University of London, on 1 March 2012. The event was chaired by the The Master of the Rolls, Rt. Hon. Lord Neuberger of Abbotsbury.

The annual Law and Society Lecture is a particular highlight in the legal calendar at Queen Mary. You can listen to podcasts from past speakers such as Shami Chakrabarti CBE, the director of human rights group Liberty and Rabinder Singh QC.

At securing Sir Ross Cranston, who has a long-standing connection to the College, Professor Peter Alldridge, Head of the Department of Law at Queen Mary, says: “To the best of my knowledge no-one has ever been, at different times, a law professor, a member of the government (in his case, Solicitor-General), an MP and a judge. He is uniquely qualified to address the pressing issues with which the lecture deals.” 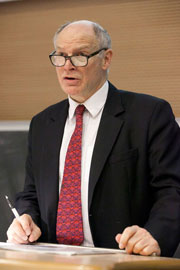 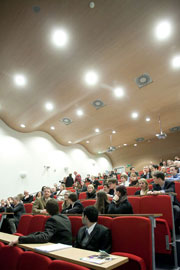 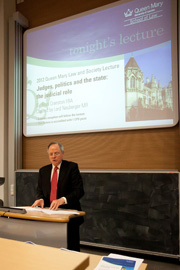 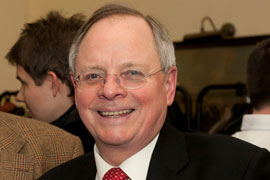 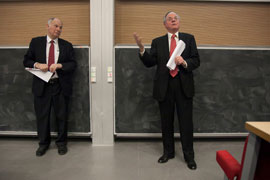 Lord Neuberger and Sir Ross Cranston
Back to top