2011 Butterworths Lecture on Law and Society: 'The Changing Nature of the Judicial Process' by Rabinder Singh QC 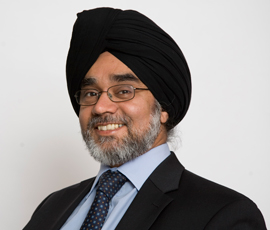 Rabinder Singh's lecture covers a range of topical issues facing the courts, including the end of the role of the courts in developing criminal offences at common law, the increasing importance of international law in domestic courts and the changes which must be addressed by first instance judges: including changes to sentencing by Parliament, the Sentencing Council and directions to the jury.

Rabinder Singh QC is a leading barrister at Matrix Chambers who has has appeared in many leading public law cases which go to the heart of current human rights issues in the UK. He sits as a deputy High Court judge and in 2010 was Chambers’ 2010 Human Rights and Public Law Silk of the Year.