This lecture on ‘Liberty, Equality, Fraternity: Reconciling National Values and Human Rights’ will be delivered by Susan N. Herman, President of the American Civil Liberties Union and is organised by QMUL’s Human Rights Collegium. Professor Geraldine Van Bueren QC will chair. The event will be followed by a drinks reception for all attendees. 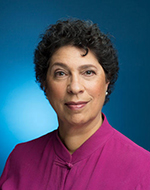 Susan N. Herman was elected President of the American Civil Liberties Union in October 2008 after having served on the ACLU Board of Directors, on its Executive Committee, and as General Counsel.

As Centennial Professor of Law at Brooklyn Law School, she teaches courses in Criminal Law and Procedure and Constitutional Law, and seminars on Law and Literature, and Terrorism and Civil Liberties. She writes extensively on constitutional and criminal procedure topics for legal and non-legal publications, ranging from law reviews and books to popular press and on-line publications. Her most recent book, TAKING LIBERTIES: THE WAR ON TERROR AND THE EROSION OF AMERICAN DEMOCRACY, published by Oxford University Press in October 2011 (updated paperback edition published in 2014), is the winner of the 2012 Roy C. Palmer Civil Liberties Prize. Other publications include two books, TERRORISM, GOVERNMENT, AND LAW: NATIONAL AUTHORITY AND LOCAL AUTONOMY IN THE WAR ON TERROR, editor and co-author with Paul Finkelman (Praeger Security International 2008) and THE RIGHT TO A SPEEDY AND PUBLIC TRIAL (Praeger 2006) (part of a series on the Constitution), and law review articles including The USA PATRIOT Act and the Submajoritarian Fourth Amendment, 41 HARV. CIV. RTS.-CIV. LIB. L. REV. 67 (2006).

Herman has discussed constitutional law issues on radio, including a variety of NPR shows; on television, including programs on PBS, CSPAN, NBC, MSNBC and a series of appearances on the Today in New York show; and in print media including Newsday and the New York Times. In addition, she has been a frequent speaker at academic conferences and continuing legal education events organized by groups such as the Federal Judicial Center and the American Bar Association, lecturing and conducting workshops for various groups of judges and lawyers, and at non-legal events, including speeches at the U.S. Army War College and many other venues. She has also participated in Supreme Court litigation, writing and collaborating on amicus curiae briefs for the ACLU on a range of constitutional criminal procedure issues, most recently in the case of Riley v. California (cell phone privacy), and has represented the ACLU at multiple meetings at the Senate, White House, and at events of ACLU affiliates and many other organizations.

Herman received a B.A. from Barnard College and a J.D. from New York University School of Law, where she was a Note and Comment Editor on the N.Y.U. Law Review. Before entering teaching, Professor Herman was Pro Se Law Clerk for the United States Court of Appeals for the Second Circuit, and Staff Attorney and then Associate Director of Prisoners' Legal Services of New York.

In her spare time, she sings with the Riverside Choral Society.