This year's Annual Lecture was delivered by Professor Jennifer Pitts (University of Chicago) on 15 January 2019. This event was chaired by Richard Bourke (Cambridge) and organised by Maks Del Mar (QMUL). Watch the full lecture: 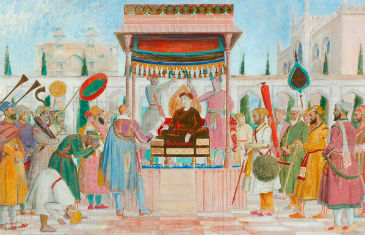 The society of nations, imperialism, and the color line: Three conceptions of the international

The notion that the international system is a society of nations has deep roots in European thought. This conception, influentially articulated by Emer de Vattel in 1758 and reaffirmed at the formation of the League of Nations and the United Nations, expresses two powerful normative aspirations: to the political autonomy of diverse communities, and to universal concern despite humanity’s fragmentation. But the nation-state system idealized in this conception emerged within, and was always materially dependent on, a system of global capitalist and imperial exploitation for which the conception had no space. Hobson’s socialist critique of imperialism, for all its force, likewise failed to address the asymmetry of the global system as a whole and the constitution of the international by the imperial. Even as the notion of a society of free nations was guiding the architects of the postwar order in 1919, W.E.B. Du Bois was developing an alternative language of disclosure. He conceived of the international system as a racial hierarchy in which capitalist imperialism was the dynamic force driving both global exploitation by whites of the “darker races” and violent conflict among the supposed nation-states of Europe. Du Bois’s international thought poses a challenge for the normative aspirations of international law: that they not obscure forms of domination but rather cast critical light on them. 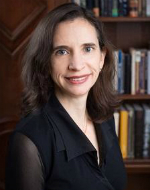 Jennifer Pitts is Associate Professor of Political Science. Her new book, Boundaries of the International: Law and Empire, was published by Harvard University Press in spring 2018; it explores European debates over legal relations with extra-European societies during the eighteenth and nineteenth centuries. She is also author of A Turn to Empire: the rise of imperial liberalism in Britain and France (Princeton 2005); co-editor of The Law of Nations in Global History (Oxford 2017); and editor and translator of Alexis de Tocqueville: writings on empire and slavery (Johns Hopkins 2001). Her research interests lie in the fields of modern political and international thought, particularly British and French thought of the eighteenth and nineteenth centuries; empire; the history of international law; and global justice. She is a co-editor of the Cambridge University Press series Ideas in Context. At the University of Chicago, she is a member of the faculty boards for the Human Rights Program and the Stevanovich Institute for the Formation of Knowledge. Find out more about Jennifer on her institution's website.