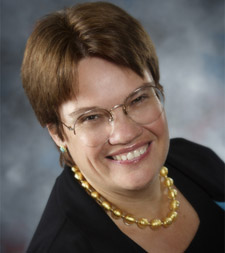 The Centre for Commercial Law Studies (CCLS) at Queen Mary, University of London runs a programme of cutting-edge public events throughout the year that reflect the research work of the Centre. In June 2013, CCLS is holding a series of events on Financial Law and Regulation – in particular, a roundtable debate on ‘Systemic Risk and the Future of Insurance Regulation’ with global experts in banking and finance law as well as two public lectures on the themes of ‘Countercyclical Regulation and its Challenges’ and ‘Ring-Fencing’ respectively.

‘Countercyclical Regulation and its Challenges’

Patricia A McCoy is the Connecticut Mutual Professor of Law at the University of Connecticut School of Law and the Director of the law school’s Insurance Law Center. She recently returned to academe from the newly formed Consumer Financial Protection Bureau in Washington, DC, where she established the Mortgage Markets section in 2011 and oversaw all of the Bureau’s mortgage policy initiatives. Professor McCoy received her JD from the University of California at Berkeley. At law school, she was Editor-in-Chief of the Industrial Relations Law Journal. Following graduation, she clerked for the late Hon. Robert S Vance on the US Court of Appeals for the Eleventh Circuit.

Before entering academe, Professor McCoy was a partner at the law firm of Mayer, Brown in Washington, DC. Later, from 2002 through 2004, she served on the Consumer Advisory Council of the Federal Reserve Board of Governors. She spent the 2002-2003 school year as a Visiting Scholar at the MIT Economics Department. Professor McCoy’s latest book, The Subprime Virus, was published by Oxford University Press in 2011 and written with Kathleen C Engel.

This event is accredited for 1 CPD Point.

Directions to the Venue