2020 - 'Turning Nationals into Foreigners: The Ingress into India Ordinance' by Professor Renisa Mawani

The 2020 Cotterrell Lecture in Sociological Jurisprudence was delivered by Professor Renisa Mawani (University of British Columbia). The event was organized and chaired by Professor Maks Del Mar. 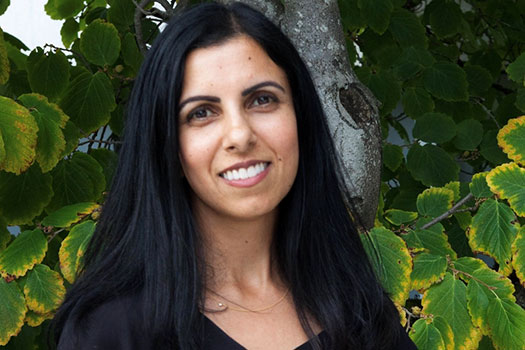 Renisa Mawani is Professor of Sociology and Chair of the Law and Society Program at the University of British Columbia. She works in the fields of critical theory and colonial legal history and has published widely on law, colonialism, and legal geography. She is the author of Colonial Proximities (University of British Columbia Press, 2009) and Across Oceans of Law (Duke University Press, 2018). With Iza Hussin, she is co-editor of “The Travels of Law: Indian Ocean Itineraries” published in Law and History Review (2014); with Sheila Giffen and Christopher Lee she is co-editor of “Worlds at Home: On Cosmopolitan Futures” published in Journal of Intercultural Studies (2019); with Rita Dhamoon, Davina Bhandar, and Satwinder Bains, she is co-editor of Unmooring the Komagata Maru (University of British Columbia Press, 2019); and with Antoinette Burton, she is co-editor of Animalia: An Anti-Imperial Bestiary of Our Times (Duke University Press, 2020). She has served two terms on the editorial board of Law and Society Review, was recently appointed to the editorial board of Law and Social Inquiry, and was elected to the Law and Society Association’s Board of Trustees (2019-2022). In 2015-2016, she received the Killam Prize for Graduate Teaching, a Dean of Arts Faculty Research Award, and was a Wall Scholar at the Peter Wall Institute for Advanced Studies.