Institute for Regulation and Ethics 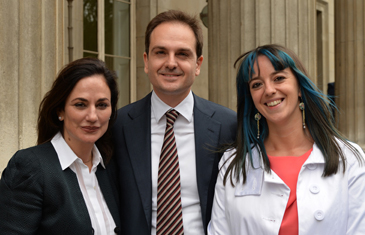 The commercial and business world is facing unprecedented regulatory change, in terms of the number, speed, nature and form of new initiatives, their complexity, and their interplay. Regulatory developments raise fundamental questions about the economics of business models, organisational strategy, and, more generally, the sustainability and expediency of the current market structures that they intend to regulate. They also raise important questions in relation to corporate attitudes, ethical duties and responsibilities for a more sustainable model of activities and greater engagement with society.

Such a complex and rapidly changing landscape poses a challenge for regulators, as markets have become increasingly difficult to govern. This exposes the limitations of current forms of regulation. It also calls for novel forms of governance but it is unclear how experimental governance can be actually implemented in a way that is consistent with the demands of the rule of law. These developments have stimulated growing demand for research to guide policy makers and business leaders in to identify key developments and trends that are likely to determine future legal and regulatory reform, to assess how these developments will affect the conduct of daily business, and to plan  appropriate regulatory and business strategy in response.

The inter-relationship between commercial law, regulation and ethics is a new frontier for both law and regulation. The objective of the Institute for Regulation and Ethics will be to provide a focus for research on the legal, regulatory and ethical implications of market complexity and on the impact of regulatory reform on the regulatees and other stakeholders. It will actively involve regulators, governments, business, and the legal profession in its activities.

The mission of the Institute for Regulation and Ethics is to:

As the leading postgraduate law school in Europe, the Centre for Commercial Law Studies is at the forefront of legal scholarship and law reform, influencing the development of commercial law in practice, and is an appropriate home for this Institute.

Overarching themes in Regulation and Ethics

The scope of work of the Institute is to:

Specialist themes in Regulation and Ethics

The Institute for Regulation and Ethics has an interdisciplinary nature transcending the existing CCLS specialist groups, to draw together existing expertise in:

In 2014, the Institute is co-hosting (with the International Council for Commercial Arbitration) a Task Force on Third-Party Funding in International Arbitration, with the participation of a wide range of stakeholders, including third-party funders, arbitrators, practising arbitration lawyers and barristers, governmental officers and academics.

Third Party Funding has been described as “the climate change in international arbitration.” Funder participation in international arbitration gives rise to a host of complex procedural, structural and ethical issues, such as security for costs, allocation of costs, potential tensions between funders, parties and counsel in managing the dispute, transparency and disclosure, confidentiality, attorney ethics, arbitrator conflicts of interest, and tribunal powers.

The joint ICCA-Queen Mary (Institute for Regulation and Ethics) Task Force on Third-Party Funding in International Arbitration was founded in 2014 to create a forum of discussion and debate where all stakeholders are represented and eventually to formulate and issue recommendations and guidance on all the above areas on TPF in arbitration.

The Task Force is co-Chaired by Professor Catherine Rogers, Professor William Park and Professor Stavros Brekoulakis and it is comprised of a diverse group of individuals who represent a wide spectrum of stakeholders, including arbitrators, arbitration lawyers, third party funders, governmental representatives and academics, from a range of jurisdictions.

The Task Force has been operating through several sub-committees, each of which has been commissioned to investigate and produce a report on a specific topic.

The final work of the Task Force will be published in the form of Guidelines on Third-Party Funding in International Arbitration as a volume in the ICCA series. The publication of the Guidelines is expected by September 2016, and will also include chapters on the mechanics of how third-party funding operates and on definitions of third-party funding.

Law and Ethics in Finance Project

Dr Costanza Russo is the co-founder of a research project, the “Law and Ethics in Finance Project” that aims at investigating the possible pathways to change culture in the banking sector. Other members include senior judges and barristers.