Spotlight on Deputy Head of School

Alessandra Bonfiglioli discusses her roles as Deputy Head of School and Director of Graduate Studies. 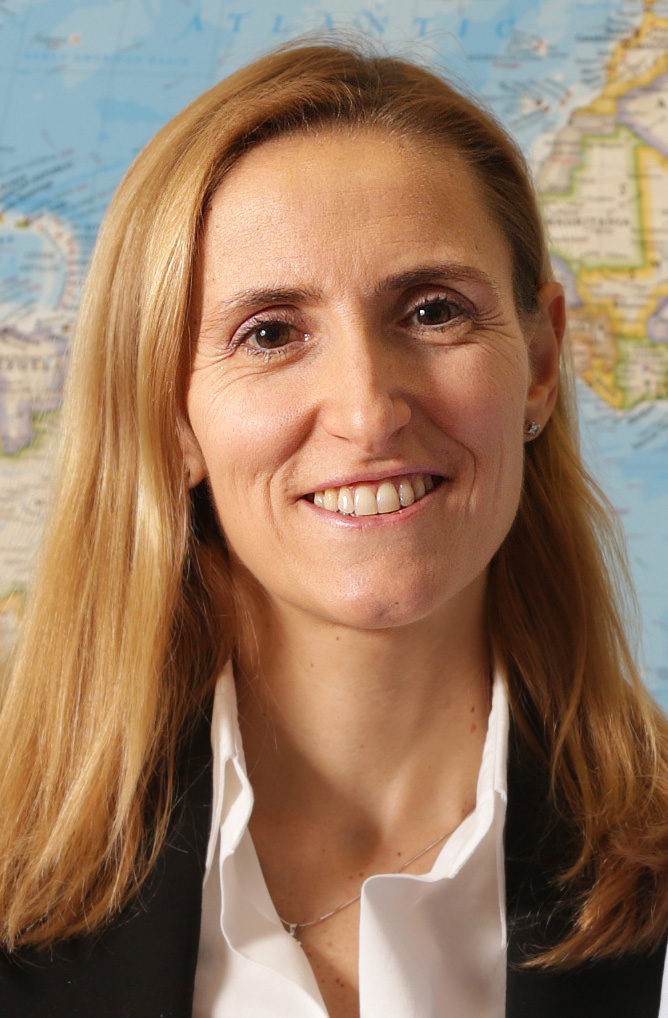 You’ve been at Queen Mary for 4 years, Director of Graduate Studies since 2018 and Deputy Head of School since last year, how have you found it so far?

In brief, it has been challenging, especially in terms of balancing the time between research, administrative duties and personal life, but it has enriched me enormously and it has given me a strong sense of purpose. Both roles have taught me a lot about the organisation and management of a graduate programme and of a school, in the context of a bigger and more diverse reality represented by the HSS Faculty and the Doctoral College at QMUL. It is humbling to see the great and coordinated effort that many colleagues from different backgrounds and with different responsibilities make for our university to achieve ever improving levels of excellence in research and teaching, and to exert a leading role in the public debate, while championing diversity and inclusion.

The most rewarding aspects of my years as DGS are related to the interaction with our PhD students. Learning about their research, but also about the challenges they face, and then helping them to find a solution is what motivates me the most in this role. Eventually, seeing them succeeding in their careers after the PhD makes me very proud. I am also particularly enthusiastic about the transition to a graduate programme featuring a 2-year MRes followed by a 3-year PhD, which the School is completing in September 2021. This will give our graduate students a stronger preparation to compete in the academic market and improve the visibility of the School in the international academic community.

What I enjoy the most as Deputy Head of School is the idea that I am contributing to the smooth functioning of SEF and to keeping it on the spectacular growth path that was initiated before Jason and I joined. Seeing the success of SEF in hiring top researchers and in expanding its offer of world-class taught programmes gives me a deep sense of shared accomplishment.

I took my PhD in Economics at the Institute for International Economic Studies of the Stockholm University in 2005. I spent the following 12 years in Barcelona, first as a research fellow at the Institute of Economic Analysis (Spanish Higher Council for Scientific Research) and then as an Assistant Professor at Pompeu Fabra University. During those years I was mainly engaged in research and teaching, both at the MSc and Undergraduate level, but not much in academic administration. In September 2017, I happily joined QMUL as a Reader in Economics.

What first inspired me to study Economics? The fact that economics is ultimately the science of happiness!

I am a macroeconomist with a special interest in international trade and income inequality. In particular, the study of heterogeneity, its determinants and consequences is central to most of my work. My interest in this topic is motivated by the observation that people are born with, and develop, different skills, which eventually give rise to even more diverse outcomes in terms of employment, earnings, and ultimately levels of welfare. Also organisations, and most prominently firms, are characterised by a high degree of heterogeneity in their attributes and performance (think about the mum’s and dad’s store vs Amazon). As firms supply goods and hire workers, the interplay between both types of heterogeneity may in turn affect aggregate performance and the distribution of income and welfare in a significant way. Since policy intervention and institutional design shape this interaction, it is paramount for both researchers and policy makers to understand the causes and consequences of heterogeneity.

Within this context, in my early days, I studied how the structure of financial markets affects income inequality through the incentives it gives to heterogeneous entrepreneurs to enter the market. I also addressed the effects of social beliefs in meritocracy on heterogeneity in both the ability of workers and the performance of firms, and thereby on employment and income inequality.

More recently, with a number of co-authors, I have focused on firm heterogeneity and its interplay with international trade. In particular, we have shown that lower trade costs induce firms to invest more in risky innovation in the attempt to gain foreign market shares, which in turns amplifies the degree of heterogeneity. We have also shown that, everything else equal, countries characterised by more firm heterogeneity enjoy a better performance as exporters, and that superstar firms are key to this. Moreover, we have studied firm concentration and how the increasing competition on the international markets may be accompanied by the expansion of national champions.

In addition to trade, technology adoption, and prominently over the last decade robotisation, may be another important factor behind the increase in firm and income heterogeneity. In very recent work, my co-authors and I have explored the effects of robot adoption on firm’s performance, and the employment and wages of workers with different skills and in different occupations. The main takeaways are that robots, by raising productivity, tend to increase both output and employment. However, they generate losers (mainly workers that get replaced by robots) and winners (highly-skilled professionals and workers in the service sector).

Lately, I have also focused on the effects of trade on a specific type of income inequality, represented by the earnings gap between men and women.

I hope my work contributes to the smooth functioning and steady expansion of the school, as well as to its cohesive and inclusive environment. In the near future, I see the school consolidating and strengthening its prominent role as a research institution, and its impact in the public debate and policy making. I also expect us to become a leading player in undergraduate and post-graduate education, with our alumni proudly representing us in top places, both in the private sector and in public institution or international organisations.

As a CEPR Research Fellow, I have co-organised conferences (one at SEF in November 2019), I regularly attend the conferences organised by the two research groups I belong to (International Trade and Macroeconomics & Growth) and I write columns related to my work on the economics blog VoxEU.org. As a panellist for Economic Policy, I have acted as a referee and a discussant for policy-relevant papers presented bi-annually at the Economic Policy Panel meetings and published in the homonymous journal. I particularly enjoyed these conferences because they gave me the opportunity to discuss policy-relevant economic issues with policy makers and distinguished researchers from very diverse fields of economics.

As Director of Graduate Studies, I have been very concerned about the effects of the lockdowns on the mental health and wellbeing of our students, as well as on their research. In particular, the first lockdown in March-June 2020 was the most detrimental for our graduate students, since it completely hindered the possibility for them to access their offices and the computers they mainly used for research. While most of them managed to remotely use their desktops, some lost access to the confidential databases they needed for research. Not only did this delay progress in research, but is also caused anxiety and discomfort. However, the main strain to wellbeing was caused by the inability to socially interact with their peers and supervisors on a daily basis, and by the fact that many were confined in a room in a shared (and crowded) apartment. These hardships were at least in part compensated by the extraordinary effort that most supervisors at SEF made to keep interacting with the students, engaging, and supporting them. Graduate students were encouraged to meet regularly at virtual coffee breaks and at reading groups organised within their research areas. The area representatives of the Graduate Studies Committee were also involved by holding individual meetings with all students to touch base and check out for any problems that might arise.

Despite all these efforts, some students were not able to keep up with the situation and were supported in their request for a period of interruption of studies.

In a coordinated action with UKRI, the Doctoral College at QMUL awarded 3-month funded extensions to those students in the two cohorts whose funding ended between the first lockdown and September 2021, who suffered the most serious disruptions. Some students from SEF benefitted from this measure. As a member of the Research Degrees Programmes and Examination Board, I was glad to be able to also help these students financially.

As an undergraduate module organiser, I felt very sorry for our students, who were not just unable to attend lectures and classes in person, but greatly missed on social interaction with their peers and professors. The latter aspect is at least as important as academic learning for the development of all those skills that constitute the value added of our degrees, and it has been the most difficult to preserve during the lockdown. Fortunately, the UG team at the school has worked very hard to also provide our student opportunities to socialise and feel integrated in the school, within the limitations imposed by social distancing. Moreover, our online teaching delivery has allowed students to keep a good pace of learning and degree of engagement despite the unfavourable circumstances.

From a personal point of view, the prosperity and wellbeing of my family is what motivates me the most.

Professionally, I believe that our main contribution to the society is training the young generations to be more aware citizens and better professionals, regardless of the careers they pursue. Hence, what motivates me is the hope that my teaching will leave a legacy in my students, not just in terms of concepts but also as a role model. Finally, I also like to think that my research may help inform policies in a way that may make society more equitable, prosperous, and sustainable.

This interview was conducted by Alumni Engagement Coordinator, Hannah. If you would like to get in touch with Dr Alessandra Bonfiglioli or engage her in your work, please contact Hannah Dormor.