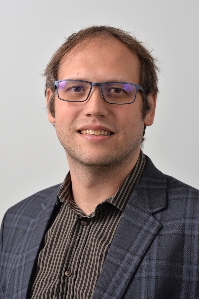 Tell us about your academic career.

My academic career was something that was not quite planned. All my degrees are in fact in Electric Engineering rather than Mathematics. During graduate school, my advisor was in Computer Science, and I became involved with Applied Topology, as it was just starting out then. It just so happened that most of the problems I was (and am) working on were more mathematical.

If you were to explain the main concepts behind Applied and Computational Topology in a few simple sentences, how would you do it?

Applied and computational topology is precisely what the name says, as it looks for applications of techniques and constructions from topology to other areas. Initially, the main application was to data analysis (which is a sub-area called topological data analysis), but as the area has matured, it now also intersects with symplectic topology and stochastic topology. The main differentiating factor from classical algebraic topology is that different constraints are considered: certain pathological cases are excluded, but we often deal with much more partial information. The field is still rapidly evolving and I imagine it will look quite different in a few years' time.

I enjoy the performance aspect of lecturing – it's always fun to be able to keep the attention of students.  Thinking back to when I was a student, I always thought the best lecturers were the ones who were enthusiastic about what they were teaching and that's what I try to get across.

What is the best thing about teaching at the School of Maths?

While this year has been challenging, as Programme Director for MSc Data Analytics, I have gotten to know a large number of students. This is perhaps the main difference from my previous positions.