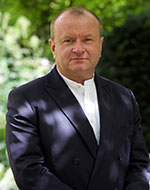 David Allen QC was called to the Bar in 1990 and joined 7 King’s Bench Walk Chambers in the same year. His practice has been in commercial law including shipping, insurance, energy and fraud. David is also called to the Bar of the British Virgin Islands. David has been counsel in many reported cases, in the High Court, Court of Appeal and House of Lords (now the Supreme Court) many of which have been referred to in leading law textbooks. He was appointed as an occasional judge of the Crown Court (Recorder) in 2005 and Queen’s Counsel in 2008. Following international competition, David won the Gray's Inn International Mooting Prize. He is by examination and experience a Fellow of the Chartered Institute of Arbitrators as well as a Fellow of the Royal Institution of Chartered Surveyors. David was invited to sit on the Commercial Court Guide Consultative Committee and the Commercial Court Users' Committee. He has for many years been a member of COMBAR and the Commercial Fraud Lawyers' Association. He is a supporting Member of LMAA. For over 20 years, David has sat as an arbitrator sole and panel in matters concerning international commercial law. David is co-author of the leading legal text 'Company Law and the Human Rights Act', which forms part of the United Nations Judicial Training Programme.