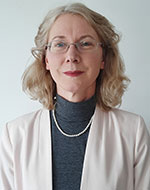 Rachael Mulheron is Professor of Tort Law and Civil Justice at the Department of Law, Queen Mary University of London, where she has taught since 2004. Prior to this, she held academic positions at the Law Schools at Notre Dame Australia, and Warwick University.

Prior to her academic career, Rachael practised law in Brisbane, Australia, both in general practice (as a trainee solicitor), and subsequently, specialising in the field of building and construction litigation.

Rachael undertakes extensive law reform and governmental implementation work in England, in her academic capacity. Rachael has advised a number of law reform commissions, government departments, and NGOs, on collective redress-related matters, and in numerous areas of tort-related litigation, and her publications have been judicially cited in several jurisdictions, including Australia, Canada, England, New Zealand, Singapore, and South Africa.

During 2019-20, Rachael has been independent reviewer of the Damages-based Agreements Regulations 2013; and has acted as Official Monitor of the Disclosure Pilot in the Business and Property Courts. Further information about both projects is available under the ‘Public Engagement’ tab.

From 2009-2018, Rachael was the appointed academic member of the Civil Justice Council of England and Wales (CJC), the jurisdiction's civil justice law reform body. Following the completion of her tenure, she was appointed as the Council’s first Research Consultant, and continues to be involved in the Council in that capacity.

In December 2014, Rachael was appointed by Lord Dyson, then-Master of the Rolls and Chairman of the CJC, to chair the MOJ/CJC’s Civil Litigation Review Working Party, which reported to the Government across a number of issues from 2014–18. The projects included the following: making recommendations to the Government as to the redrafting of the current legislation governing damages-based agreements, via its report published in August 2015, entitled, ‘The Damages-based Agreements Reform Project: Drafting and Policy Issues’; recommending changes to the rules governing, concurrent expert evidence in England and Wales, via the report published in July 2016, entitled, ‘Concurrent Expert Evidence and “Hot-Tubbing” in English Litigation Since the “Jackson Reforms”’: A Legal and Empirical Analysis'; and analysing the role and practice of ‘before-the-event’ (BTE) insurance, published in November 2017, and entitled, ‘ The Law and Practicalities of Before-the-Event (BTE) Insurance: An Information Study’. By virtue of her role as Chair, Rachael was principal author of the aforementioned reports, drawing together and presenting the views, and recommendations, of the Working Group members.

Rachael regularly participates in other law reform work. For example, in 2014, Rachael was a member of the rules-drafting committee of the Competition Appeal Tribunal, which was tasked with the production of draft rules to implement a new collective proceedings regime for competition law grievances, which came into force in October 2015. This sectoral regime represents the first collective actions regime in England which is capable of catering for opt-out class actions. The implementation of a measured opt-out class action for England and Wales is a matter upon which Rachael had advocated, both in an academic capacity and as a CJC member, for over a decade.

In 2014 and in 2017, Rachael also acted as peer review of the Code of Conduct for Litigation Funders which operates in England and Wales as a voluntary code for third party funders. In 2012, Rachael was appointed to the CJC Working Party on Contingency Fees, and to the Law Society Working Party for the development of a model Damages-based Agreement (DBA), and in 2011, was a member of the drafting committee which drafted the aforementioned Code of Conduct for Litigation Funders. In 2011, Rachael was appointed as a member of the Working Group on the proposed Defamation Bill, and subsequently, was also a member of the Working Group formed to assist the Government on the implementation of Costs Protection in Defamation and Privacy Claims. In August 2009, she was appointed as a member of the Civil Procedure Rules Drafting Sub-Committee, which was charged with the task of drafting rules of court for a new opt-out collective action regime for England and Wales (and which work laid the foundation for the opt-out reform which eventually occurred in 2015).

A more detailed list of Rachael’s law reform appointments is contained under the ‘Public Engagement’ tab.

Rachael has approximately 100 publications upon a broad range of legal topics, in several jurisdictions (Australia, Canada, UK, Hong Kong, Europe and New Zealand), with a particular emphasis upon Class Actions jurisprudence, and Tort Law. These are listed, for convenience, under the ‘Publications’ tab.

Rachael’s most recent book is Class Actions and Government (CUP, 2020). Another recent book, Principles of Tort Law (Cambridge University Press, 2016), which analyses the law of Tort by way of a principles-based approach (the first time that this type of analysis has been undertaken in English Tort Law). A second edition of that book will be published by Cambridge University Press in 2020.

Rachael’s publications have been cited in alost 60 cases, in both appellate and first instance decisions, in a number of jurisdictions: Australia, Canada, England, New Zealand, Singapore, and South Africa, and across a range of areas. A full list of judicial citations is available: judicial citations of the following published work [PDF 80KB].

Rachael has undertaken over 100 conference presentations over the period 2005–2020. These have been in the fast-emerging and controversial field of Class Actions, and have also dealt with Costs and Funding, Torts, and Medical Negligence topics.

These conference presentations have been undertaken in a range of international venues in England, Canada, Singapore, Japan, and Europe, and have been at the invitation of a number of organisations (Government, University, private law firms, research groups, Members of Parliament, and ‘think-tanks’).

Rachael teaches Tort Law, Class Actions Law and Practice, and Medical Negligence Law, on the Undergraduate LLB programme at Queen Mary. Rachael will also offer Advanced Tort Law in 2020. Further details of these subjects are provided under the ‘Teaching’ tab.

Depending upon capacity, Rachael has also taught Advanced Medical Negligence for the LLM.

She also, by invitation, lectured annually at Oriel College, University of Oxford, and at the Law Faculty, Catholic University of Lille, France, for several years.

In 2016, Rachael was appointed as a Fellow of the Higher Education Academy of England and Wales.

In 2017, Rachael was shortlisted for Law Lecturer of the Year 2017, as part of the Law Careers.Net Awards.

In 2019, Rachael was nominated by colleagues for OUP Law Lecturer of the Year.

Rachael has acted as an academic expert witness for a class actions-related air cargo cartel matter in Canada.

She has also undertaken various external administrative roles of interest, including: serving as External Member of the Adjudicating Panel for the Society of Legal Scholars’ Best Paper Prize arising from the SLS conference of 2019; acting as external assessor of promotions at various Universities in England and Wales; acting as an External Assessor for the Mock RQF for the University of Monash in Melbourne, Australia; and fulfilling the role of National Moot Adjudicator for UK Universities enrolled in the English Speaking Union/Essex Court National Moot Competition.

Rachael acted as General Editor of the Oxford University Commonwealth Law Journal, previously acted as Managing Editor of the University of Notre Dame Australia Law Review, and for many years served as an Editorial Member of the Civil Justice Quarterly, England's only specialist civil procedure journal. Presently, Rachael serves on the editorial boards of two journals, the Mass Claims Journal, and the Journal of Personal Injury Law.

Rachael has over 100 publications, across books, journal articles, chapters in edited collections, and reports [PDF 113KB]  for government and for other entities.

Professor Mulheron offers postgraduate supervision in the fields of class actions jurisprudence, tort law or medical negligence (although availability of supervision is subject to workload capacity).

See the recent Case Map of class actions filed under the Competition Act 1998 [PDF 163KB], compiled by Professor Rachael Mulheron QC (Hon) – the Map will be updated every two months.

Professor Mulheron's public engagement work centres around law reform research, advisory and published work which, for over a decade, has been principally aimed at three different areas of law:

Assistance Given for Court Matters