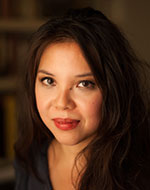 Camillia joined Queen Mary University of London as a Strategic Senior Lecturer in the Department of Law and Fellow of the Institute of Humanities and Social Sciences. Previously she was the Principal Investigator of the AHRC-funded Judging Values and Participation in Mental Capacity Law Project and Senior Research Fellow at the Institute for Crime and Justice Policy Research, Birkbeck College. Camillia is also a Research Associate at the Ethox Centre, University of Oxford.  She completed her PhD at LSE and was previously a Senior Researcher at the University of Oxford and Lecturer in Philosophy at the University of Kent. She has held a British Academy Postdoctoral Fellowship at the Ethox Centre.

Camillia has research expertise on medico-legal conceptualisation of mental capacity, the ethics of psychiatry and psychiatric genomics, and the hermeneutics and phenomenology of mental disorder. She has particular interest in intersections between Western and African normative thought and practice in approaches to mental disorder and intellectual disability. Other areas of Camillia’s work explore how relational and gender contexts impact the development of selfhood and mental disorder and conceptions of intellectual disability, and how these contexts intersect with the construction of legal agency.