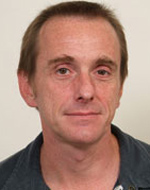 Nick Bernard graduated in law from the Université Paris-XI and the University of Kent at Canterbury. After his Masters in International Trade Law from Paris-I Panthéon-Sorbonne, he took up posts at the University of Essex and at Queen's University Belfast. He joined Queen Mary in 2003 as Senior Lecturer.