An unprecedented legal application has been submitted at the European Court of Human Rights, challenging the racially motivated pushback of a French citizen from EU territory. Prof Violeta Moreno-Lax, from the School of Law at Queen Mary University of London, is providing legal representation alongside a team of international lawyers. 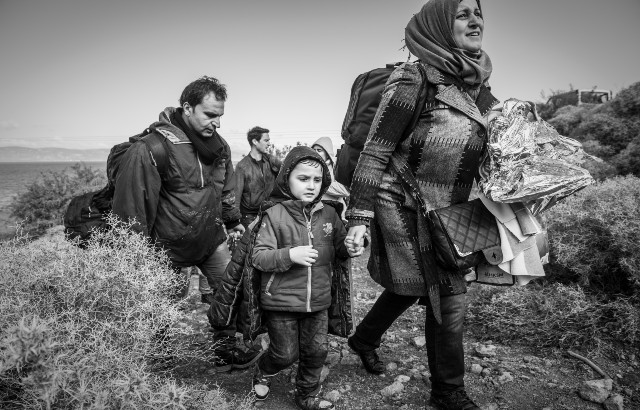 The case is made on behalf of a French student who left France to study at a Turkish university. After being politically persecuted and spuriously condemned to six years in prison by the Turkish regime, last year she fled to Greece, intending to return to her family and home in France.

After crossing the Evros river, the victim presented her French Passport and ID which permit her to enter the EU, informed the Greek police of the grave danger she was facing and begged them for assistance. Her family contacted the Greek and French authorities several times, asking for their consular protection, but no such support was provided.

Greek forces abducted, detained and abused the young woman, before she was forced onto an unsafe dinghy for a life-threatening voyage to a military zone in Turkey, where she was captured by Turkish soldiers and is now serving a six-year prison sentence in terrible conditions.

From her cell, she has now filed a lawsuit against Greece at the European Court of Human Rights (ECHR). She argues that she was fleeing Turkey to escape a politically motivated prison sentence, and accuses the Greek authorities of forcing her and other migrants back across the border into Turkey - violating her rights both as a person fleeing persecution and as a European citizen.

Professor Moreno-Lax explained: “This case is part of a broader policy of systematic pushbacks, entailing serious human rights violations at the Greek-Turkish border, perpetrated with Frontex cooperation and EU assistance. Whether EU citizens or foreign nationals, thousands have been victims of this illegal practice, which this application to the ECHR should bring to a halt.”

Journalists, lawyers and human rights organisations have documented countless pushbacks by Greece of migrants and refugees across sea or land borders, denying them the right to asylum procedures. Although thousands of people have suffered this ordeal over the years, experts believe this is the first case brought to court involving a European citizen.

According to Professor Moreno-Lax: “This is the first time an EU citizen has been illegally pushed back to face ill-treatment because of her physical appearance. Not looking 'European enough' triggered a spiral of violence that has put her life at risk, revealing the cruelty of the racist foundations of the EU border control regime.”

This story was first reported by the Associated Press.

Professor Moreno-Lax is a member of Queen Mary's Centre for European and International Legal Affairs.