The need for upskirting legislation and how other laws fall short

‘Upskirting’ is not a new concept. We saw it in the early noughties with celebrities falling out of cars and now with the rise of the smart phone we are seeing it in everyday life. It is yet another form of image based sexual abuse used to humiliate and shame (mainly) women.

Recently I undertook my weekly routine of watching BBC1 Question Time. For once instead of another debate on Brexit, they started considering upskirting. What followed was a heated debate between the Spiked columnist Ella Whelan who was against the proposed legislation and Afua Hirsch (columnist in the Guardian) who supported it.

The main argument put forward by Whelan was that this was over regulation by the state and that current laws already cover the issue. She also said that this was not a big issue for normal women in society living their lives.

So let’s look at the current laws and see where the behaviour of someone taking a photograph of a women’s genitals (covered or uncovered) without their permission and/ or knowledge is covered. Let’s take an example; male university students are taking pictures up the skirts of female students at a bar / club without their knowledge as part of a competition between each other, and sharing them in a group chat.

There needs to be some harassing behaviour which has formed a course of conduct. While no hard rule is in place, it is generally thought that at least two instances of harassment need to have occurred in a six month period for it to be a course of conduct. Harassing behaviour includes alarming the person or causing a person distress. The person committing the act must know or ought to have known that their behaviour amounts to harassment. So our male students in the bar are unlikely to be covered by the offence of harassment as there is unlikely to be more than one picture per female student, therefore no course of conduct.

This offence can be committed in three different ways, but essentially it is focused on equipment being operated or a recording being made of someone doing a private act. And this being to satisfy either their, or someone else’s sexual gratification. Is a female student standing in a student union bar in a skirt having a drink with her friends her doing a private act? In our example there is no sexual gratification there for the males, they could argue that they were just ‘having a laugh’ and focused on winning the competition.

This covers disclosing a private sexual image of another person, without the consent of the person in the image, and with the intention to cause the person in the image distress. This offence focuses on the distribution of an image without consent rather than the actual taking of the image. If we used the example above and the males in the bar did share an image on a group chat it would be easy for the male student to say I had no intention to cause the person in the picture distress. They could say they were joking around with their friends and again their intention was focused on winning the respect of their peers through the competition.  Afterall the victims face is unlikely to be in an upskirting shot which would again make it hard to prove an intention to cause the victim distress. If the male students in our example above were taking the pictures without consent, and keeping them stored on their phones without sharing them on the Whatsapp this offence would not cover the behaviour.

So I find myself very firmly disagreeing with Ella Whelan. There is a need for a legal new criminal offence as it cannot be covered by current legislation. Whether it is top of women’s agendas or not, perhaps the social as well as legal argument for a new offence is strongest. It is right and proper for the authorities to mark this abhorrent behaviour as wrong (whether committed on men or women). Whether the legislation is widely used or not, at the very least it provides a platform for people (and paparazzi) to be told that this shaming of (mainly) women is wrong.

The real question to me seems to be to what extent the proposed bill fills the gap properly. Is it a token gesture piece of legislation which has been rushed through? Is it time for a properly organised modern day piece of legislation which considers all issues of image based sexual abuse and technology including the disclosure of intimate images, upskirting, catfishing, unwanted dick pics and similar behaviour? Perhaps this is something to reflect on in the coming weeks. 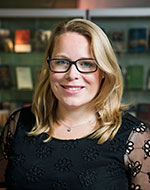 Frances Ridout is the Director of the Legal Advice Centre based within the Department of Law and a practising barrister. In addition to her duties as the LAC Director, Frances teaches two LAC modules; The Practice of Law in a Clinical Environment and StreetLaw which are on the undergraduate degree. Frances is an expert in the current law surrounding the sharing of intimate images, and regularly speaks on this topic.

Prior to joining QMUL, Frances was working at the independent criminal bar.