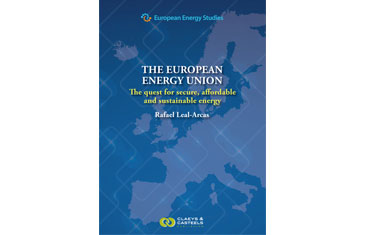 Rafael Leal-Arcas, Professor of European and International Economic Law at Queen Mary's Centre for Commercial Law Studies (CCLS), has just published his most recent book titled 'The European Energy Union: the quest for secure, affordable and sustainable energy'. This timely book, published by Claeys & Casteels, shows how the creation of a European Energy Union might be an effective and viable solution to the energy security problems that the European Union (EU) is facing. The aim is to make it easier to trade energy inside the EU. The EU currently has to rely on energy-rich countries for its energy needs, many of whom are politically and economically unstable. This places the EU in a vulnerable position.

The book explores the institutional and legal framework for the creation of a European Energy Union, whose aim is to achieve affordable, secure and sustainable energy. This Energy Union is based on five pillars, which are analysed: