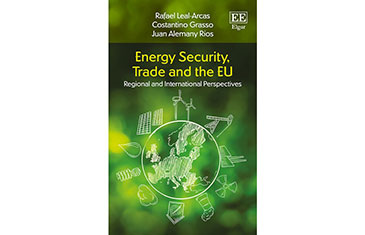 Energy security is a burning issue in a world where 1.4 billion people still have no access to electricity. This book is about finding solutions for energy security through the international trading system. Focusing mainly on the European Union as a case study, this holistic and comprehensive analysis of the existing legal and geopolitical instruments strives to identify the shortcomings of the international and EU energy trade governance systems, concluding with the notion of a European Energy Union and what the EU is politically prepared to accept as part of its unified energy security.

This snapshot of multilateral, regional and bilateral energy trade governance deals with energy transit from the perspective of the Energy Charter Treaty as a means to enhance EU energy security, and examines the system of law and governance of international trade in unconventional fossil fuels. The authors analyse concerns that arise from preferential trade agreements and renewable energy from the EU’s perspective, and explain how the EU can diversify its energy supply to improve its energy security.

This book will be of interest to students, scholars, lawyers, economists, policymakers, and think tanks dealing with the links between energy security and international trade, as well as those communities involved with other energy-related disciplines.