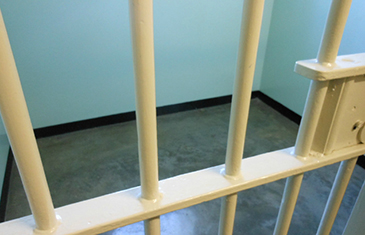 A Leverhulme Trust award of £239,000 will enable Seán McConville, Professor of Law and Public Policy at Queen Mary University of London, to complete the final part of a trilogy of books which shine a light on life behind prison walls and wires and the effects of imprisonment on the politics of these islands.

“The final volume begins in 1960 and takes us up to the immediate aftermath of the Good Friday Agreement of 1998. We will examine the evolution of imprisonment and internment during those troubled years, the political and cultural context, and the relationship between the Nationalist, Republican, Catholic community and the Unionist, Loyalist, and Protestant community,” said Professor McConville.

All of this will be set in the context of a great shift in Anglo-Irish relations.

Building on a vast accumulation of data, extensive research and contacts, Professor McConville will gather newly available material in the three jurisdictions – Northern Ireland, the Republic, and Britain. His ambition is to produce a definitive account of four decades of violence and political turbulence, of atrocity and peace-making, of ideas, individuals and organisations – and the frequently surprising dynamics of captivity and imprisonment in the achievement of an eventual settlement.

Political violence will be a central focus, as will the role and influence of republican and loyalist prisoners. The volume will include voices from every dimension of the conflict: paramilitaries, politicians and governments, prisoners and their families, victims of violence, clergy, and journalists.

“The work places participants and eye-witnesses at its core, and explores their perspectives on events which even now have failed to produce anything remotely akin to consensus. Our research explores the effects of education, personal journeys, the impact of debates and splits, the always delicate role of the clergy, and the everyday tedium of prison life,” said Professor McConville.

The second volume Irish Political Prisoners 1920-1962: Pilgrimage of Desolation was published in 2013, drawing on a decade of exhaustive archive, interview and special collection research. The first volume Irish Political Prisoners: 1848-1922 Theatre of War (2003), was described by the late Garret FitzGerald, former Prime Minister of Ireland, as “….a scholarly and immensely readable account of three-quarters of a century of British experience of Irishmen - and very occasionally women - in their prisons”.

Seán McConville has taught and researched at leading universities and institutions on both sides of the Atlantic, where he has also advised government departments, agencies and legislatures. His research and writing have centred on the history of punishment and on contemporary criminal and penal policy. He has extensive prison-related consultancy and litigation experience.

Around this core he has followed his interests in various directions, including prison and institutional architecture and design, Islamic criminal law, the peace process in Ireland, law and poverty and research design and methodology.