Professor Peter Alldridge and Professor Roger Cotterrell were among 28 academics to be appointed members of the Academy of Social Sciences (AcSS) this year, in recognition of their outstanding and sustained contribution to social sciences in the UK and beyond. 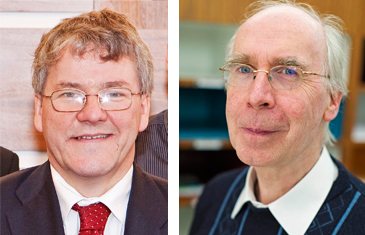 Professor Alldridge, Drapers’ Professor of Law, and Professor Cotterrell, Anniversary Professor of Legal Theory, are two of the only four law academics to be appointed to the Academy in this appointment round.

Professor Valsamis Mitsilegas, Head of the Department of Law, said: “Following the appointment of two Queen Mary law professors as QCs Honoris Causa last year, these honours reflect the continuous high esteem of Queen Mary Law academics in their field and the impact of their work on society as a whole.”