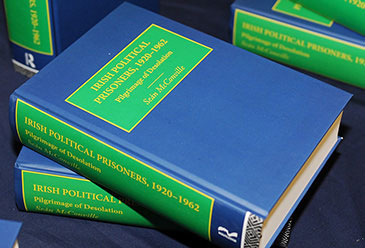 The Department of Justice and Equality provided the venue in Dublin. Those attending reflected the widespread and varied interest in the book – officials, academics, journalists, former prisoners and internees. The distinguished Irish historian, Professor Ronan Fanning, spoke about the book and a former Secretary General of the Department of Justice, Sean Aylward, chaired the event. 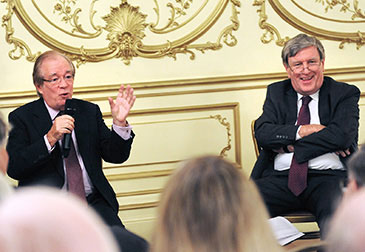 The London launch, held at the Embassy of Ireland, included a talk by Professor McConville, remarks by Sir Adrian Smith, Vice Chancellor of the University of London and a question and answer session led by Ambassador Dan Mulhall. More than a hundred people attended, including colleagues from Queen Mary and other colleagues, members of the Irish community in London and beyond, MPs, members of the Lords, senior officials and a range of politicians. The presentation and discussion were followed by a reception. 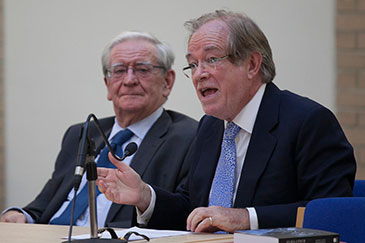 The book is based on a decade of research – mainly in Ireland and Britain, but extending to sources and interviews in the USA and Australia. Professor McConville’s Research Officer (and long-time colleague) Dr Anna Bryson is now at Queen’s University, Belfast. Both Anna and Seán are experienced interviewers and drew on more than four decades of interviewing for The Routledge Guide to Interviewing (also recently published). Over the ten year period the Political Prisoners’ project provided numerous opportunities for graduate students in London, Dublin and Belfast to obtain paid research experience – an aspect of funded research to which Seán and the Department attach great importance.