Newham pupils take law into their own hands at Queen Mary

Pupils at two Newham schools will have the chance to recreate ‘live’ court scenes, acting as judges, barristers, solicitors and witnesses, following the successful trial-run of a Queen Mary University of London School of Law initiative. 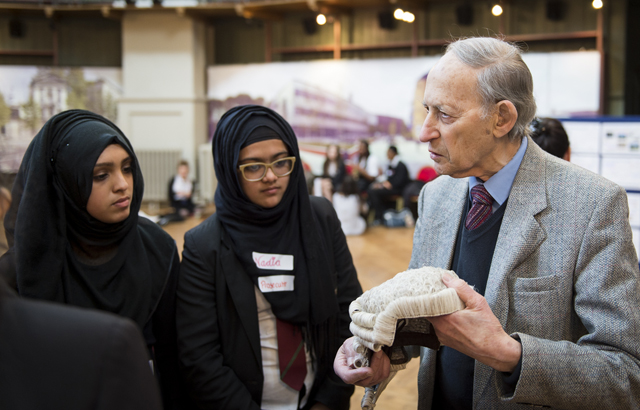 Pupils spent the morning using storyboard and role-playing techniques to consider how the law affects them. Each group developed a mock court case, which was played out as a lively legal debate.

Part of the award winning Inside Justice: Storytelling and the Law project, the initiative aims to encourage young people to consider a career in the law, by helping them understand the British legal system and learn about the many professional roles available in the field.

An afternoon session included a film screening, followed by presentations from current students and alumni on their personal pathway to law. The day ended with a question and answer session about careers, covering everything from apprenticeships to what grades are required to study at QMUL.

The scheme has now received funding to develop into a ‘Young Jurors’ education programme, to be trialled later on in the year with the same schools. A careers tool kit is also being developed and will include the work produced by Eastlea and Langdon students at Inside Justice: Storytelling and the Law.

Depa, a student at Eastlea Community School said: “The visit to Queen Mary University of London really inspired me, thank you so much; being a judge sounds amazing to me!”

The School of Law at QMUL runs the project together with Newham Council, Newham’s 14 - 19 Partnership and education consultants, Venture Thinking.

Jo McCallum, Public Engagement Co-ordinator in the School of Law said: “Storytelling is a great way to understand others. With Inside Justice we wanted to find out how young people really feel about the law.

“This is the first time we’ve worked directly with 13-14-year-olds and I have to say we’ve learnt as much from them as they have from us. They’re not afraid to tell you exactly what they think and that can be really refreshing; we’ll definitely be using their feedback to develop the project further.”

Heather MacRae, Director, Venture Thinking said: “Inside Justice: Storytelling and the Law models how universities can engage with young people at an early age to inspire ambition and interest in a variety of careers.  The project is not about recruiting students to QMUL but about helping them to picture their future, and understand how skills such as English, writing, drama and networking are crucial to success.

“It seems students get a lot of their knowledge about the law from American television, so it was fascinating for them to meet current law students who were similarly inspired, but have managed to turn their aspirations into reality.”