Blackstone Chambers teams up with Queen Mary to offer mini-pupillage 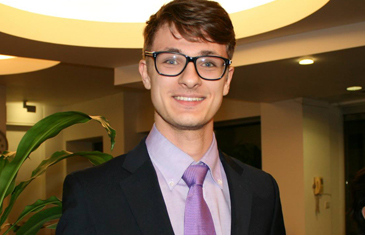 Ben Jaffey, Barrister at Blackstone Chambers explained that the topic ‘‘When should it be lawful for the Government to use a drone to kill a terrorist?’ was chosen from their interview questions.  He was impressed by the quality of submissions and was particularly impressed that Elaheh's essay was so good since she is in her first year of study.

Michael spent three days in February at Blackstone Chambers under the supervision of three junior tenants. This gave him the opportunity to gain first-hand experience of life as a barrister in Blackstone Chambers, as well as the kind of work that they undertake.

Michael said: “It was a fantastic experience. Everyone was down-to-earth and really friendly. Each day, I would be with a different barrister who would explain what they were working on, and give me a bit of research to do. I got a genuine sense of inclusion, and I engaged with a variety of legal areas, like the implied statutory powers of the Secretary of State and the enforcement garden leave. Afterwards, I would discuss the issue with the barristers. It was a great chance to see how they approach legal problems, and how they deal with ten lever-arch files of evidence!’

Work experience like this is a valuable addition to a law student’s CV. Michael said:

“Career wise, it was very motivating to experience the highest echelons of the Bar. It is a wonderful opportunity, and I strongly encourage people to apply next year.”

24 students entered the competition, which is now in its second year. The Queen Mary Bar Society organised a mixer day on Tuesday 11 February to give the entrants the chance to meet and talk to Members of Chambers, pupils and the Chambers’ Director and Pupillage recruitment assistant.