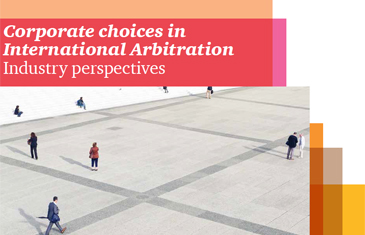 Professor Loukas Mistelis, Director of the School of International Arbitration at Queen Mary’s Centre for Commercial Law Studies (CCLS), said: “This survey confirms that arbitration is an option considered by all major sectors of the economy, including banking and finance and has a much wider acceptance in construction and energy industries.