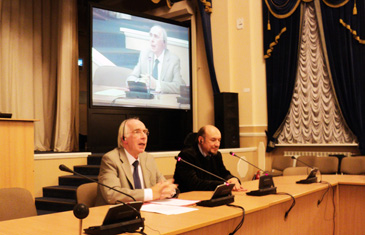 Professor Roger Cotterrell was invited to St Petersburg State University, Russia, from 24-30 October as the sole British scholar at a conference on the work of the celebrated Polish-Russian jurist Leon Petrazycki. All the speakers at the conference (for which there was simultaneous translation) were Russian or Polish experts, apart from an Italian, an American and Professor Cotterrell. Professor Cotterrell, Anniversary Professor of Legal Theory at Queen Mary, gave the first plenary paper.

Professor Cotterrell also gave a public lecture at St Petersburg State University Faculty of Law to about 70 staff and postgraduate students on ‘Jurists and Philosophers’. The lecture had simultaneous translation and was recorded. The lecture will be published in Russian translation in the law review of the university.

St Petersburg State University Faculty of Law is, alongside Moscow State University, the most prestigious law school in Russia and includes among its graduates political leaders Kerensky, Lenin, Putin, Medvedev, as well as Diaghilev and Stravinsky. 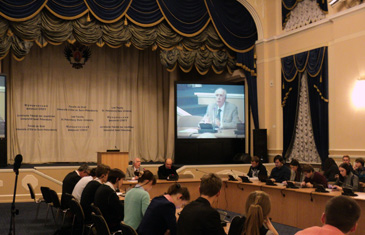