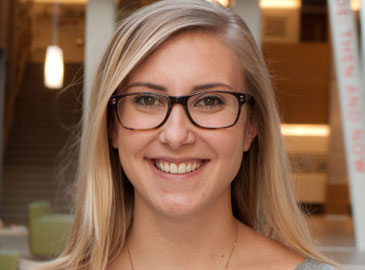 The Centre for Law and Society in a Global Context (CLSGC) at Queen Mary is pleased to announce Ms Karolina Wisniewski as the winner of the 2013 Essay Competition on the theme of ‘Authority in a Transnational Age’. Karolina will be presenting her essay at the Inaugural Meeting of the Network on Transnational Legal and Political Theory, hosted by the CLSGC. The official prize-giving will be held at an evening reception on 8 November 2013.

Her research focuses on transnational institutional structure and function in the context of the philosophical debate on global justice, and the implications of these normative questions for substantive issues of international law. At present, she is working on exploring the fields of cosmopolitanism and liberal nationalism, as well as issues relating to the non-coercive dimension of legal force in the international context. Her broader research interests include political, moral and legal philosophy.

Karolina works as a Research Fellow for the Canadian Forum on Civil Justice. She is also an Associate Editor with the Osgoode Hall Law Journal, Editor-in-Chief of the Osgoode Hall student newspaper, the Obiter Dicta, and serves as a student member of the York University Tribunal.