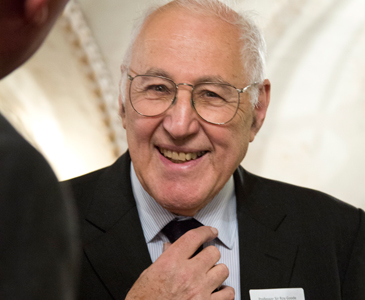 Professor Sir Roy Goode founded the Centre for Commercial Law Studies at Queen Mary University of London more than 30 years ago and he continues to play a very active role in the Centre.

More than 120 guests attended the event, including Lady Catherine Goode and seven current or former members of the Supreme Court or House of Lords, as well as judges, senior practitioners, academics and other friends.

Professor Sir Bernard Rix, who recently retired from the Court of Appeal and has been appointed Professor of International Commercial Law at CCLS, chaired a panel of eminent speakers.

Rt Hon The Lord Neuberger of Abbotsbury, the President of the Supreme Court, and The Honourable Mr Justice Cranston gave speeches praising Roy’s enormous contribution to Commercial Law. Julian Lew QC, who established the School of International Arbitration at CCLS, spoke of working as a colleague of Roy’s. Robin Callender Smith, a judge, recalled Roy as an inspirational and challenging teacher.

Sir Bernard Rix also reminded guests of the opportunity to make donations towards The Roy Goode Scholarship Fund, which has been established to help fund the education of the next generation of commercial lawyers.

At dinner, Professor Simon Gaskell, President and Principal of Queen Mary University of London, proposed a toast to Roy and his pioneering and continuing contribution to the University. Roy responded in a speech that revealed some of the secrets behind the foundation of CCLS and showed that he has lost none of his energy, enthusiasm or humour. 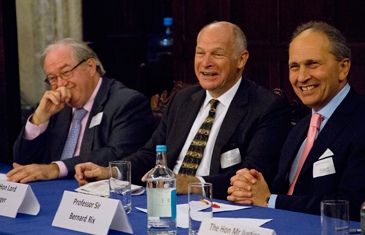 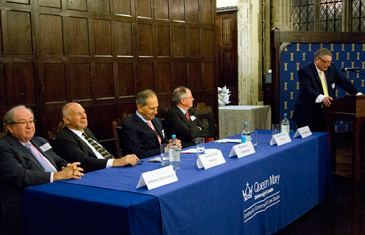 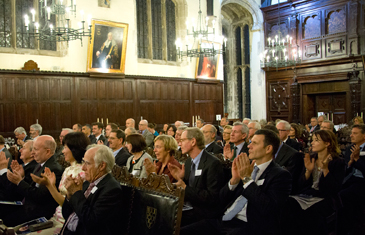 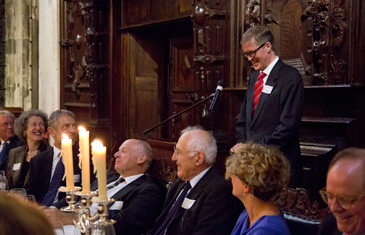