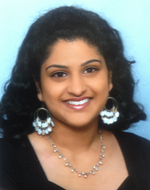 Sangeetha Manavalan is one of two students to have been awarded the 2011-2012 University of London's Georg Schwarzenburger Prize for the best performance on the LLM in Public International Law. Sangeetha completed her LLM at Queen Mary in September 2011 and will return in September 2012 to start her PhD in Law.