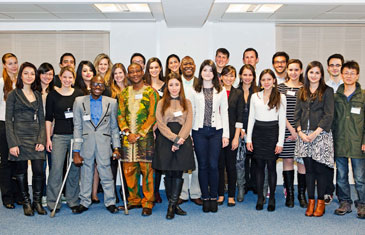 The School of Law at Queen Mary, University of London offers significant funding for postgraduate study in different areas law. Winners are chosen based on the combined recognition of academic merit, professional achievement and financial need. Queen Mary also has a long record of attracting Chevening and Commonwealth scholars as well as many government and industry-sponsored students.

Ms Anne Flanagan, Centre for Commercial Law Studies LLM Director, said: “It is such a difficult thing to select from so many top-quality applicants to the Queen Mary law programmes, but we manage and are very pleased to have this nice group of scholars from all over the world at Queen Mary. They and their classmates will add much to Queen Mary’s academic community.”

“We hope that they have an unforgettable year here! We also hope that when they leave us they become distinguished ambassadors for Queen Mary as they pursue legal careers across the world.”

The School of Law has announced around £250,000 worth of postgraduate scholarships and bursaries for students applying for postgraduate programmes for the 2013-14 academic year.