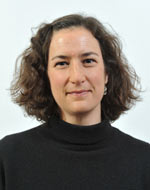 Having joined Queen Mary, University of London in 2007, Professor Lizzie Barmes, Professor of Labour Law, has found the College to be “fertile ground” for exploring her interdisciplinary approach to understanding equality and employment law. The research network, ‘Promoting Equality and Diversity Through Economic Crisis’ (PEDEC), funded by the Arts and Humanities Research Council, was founded as a result of collaboration between colleagues from Queen Mary’s School of Law, School of Business Management and School of Geography. This network initially emerged from informal initiatives between the School of Law and SBM’s Centre for Research in Equality and Diversity. It has since led to extensive co-operation, currently being taken forward through a series of workshops. The final in the series will take place in April, focussing on the effects of the downturn on the pursuit of equality and diversity by civil society, both in trade unions and elsewhere.

The research network aims to gather different perspectives better to understand problems relating to equality and diversity in the context of economic crisis, as well as to promote discussion about combatting these. By bringing together academics and non-academics, those working on the same issues with different methods and in different places are able collectively to explore new ideas. Following the final workshop in April, Lizzie says PEDEC will work to keep the conversation going, “An important aim is to stimulate people to talk to one another and to learn about each other's work, raising awareness of what is happening in other disciplines and how different scholars and activists can enrich their approaches.”

Lizzie explains that she has long felt that it is vital to incorporate a variety of perspectives into the study of law, “Everything I do, increasingly, has an interdisciplinary element. That's because I don't think you can understand how law functions in society unless you look at it from a variety of perspectives. If you stay inside law you get only a partial vision. If you look at law completely from the outside you won't understand its internal workings. So I try to combine methods that look from both points of view.”

Queen Mary's School of Law has been a good fit for Lizzie’s work over the past four years, where her project on behavioural conflict at work and individual labour rights has benefited from discussions with colleagues. “There is a strong sociology of law tradition in the School of Law. That makes it a very exciting environment if you want to do this sort of work. Within the School, there are lots of people doing interesting research of different kinds, trying to understand how law functions in, and impacts on, society – theoretically, empirically and with varied interdisciplinary connections. If you're interested in these kinds of issues, QM School of Law, is a very good place to be.”

Lizzie is also working with Kate Malleson, a fellow Professor of Law at Queen Mary. They are both involved in PEDEC and have recently published a major co-written article on flaws in legislative measures to promote judicial diversity. Kate and Lizzie also work with non-Queen Mary colleagues on the Equal Justices Initiative (EJI), a forum for bringing together academics, practitioners, judges and policy-makers to work towards gender parity on the bench. The aim of the Equal Justices Initiative is to promote the equal participation of men and women in the judiciary in England and Wales by 2015. Lizzie points out that anyone can sign up to support the Equal Justices Initiative, “This is a very live and important issue The EJI campaigns from an academic perspective, making sure that expertise and knowledge that’s out there gets into the debate.”

On Wednesday 16 May, Lizzie will give her inaugural lecture at QM. This  will discuss the use of interdisciplinarity to uncover how law operates in society, focussing on Lizzie’s project about behavioural conflict at work. The major underlying issues are how individual labour rights are functioning in practice and whether this kind of legal interventions could purposefully be altered. “The biggest issue is that many working people don’t have realistic access to the increasing numbers of individual labour rights. A large number are marginalised at work and there is an emerging sense that, despite all the legislation and accumulated case law, people have not been empowered at work in the ways that might have been expected. Alongside this, there is worry amongst employers about how individual labour right are affecting organizational life. I am trying through this project to illuminate the big picture: to uncover the meaning of the move over decades to individualise rights at work and to work out if the law could be made to work more effectively from everyone's point of view.”